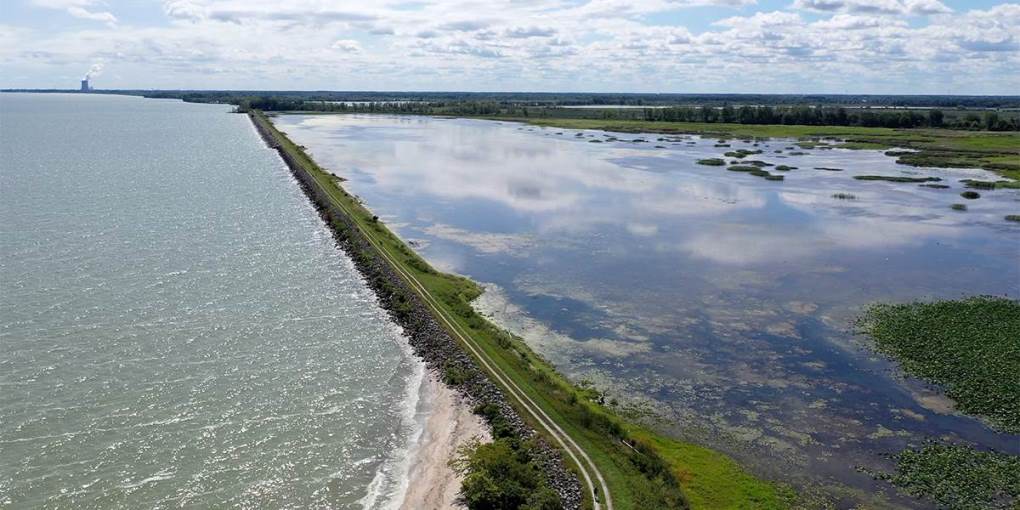 On March 17, 2021, it was announced that a $2.1 million international study—led by Ducks Unlimited and supported by a substantial grant from the Sunshine Charitable Foundation—will connect how Great Lakes restoring wetland habitats can reduce harmful algae blooms and regenerate the population of mallards, one of the region’s most important waterfowl.

The large-scale study will guide restoration and conservation stakeholders, plus U.S and Canadian governmental agencies, to identify wetland restoration projects that would improve water quality for the more than 30 million people who get drinking water from the Great Lakes, as well as the hundreds of species of wildlife that rely on healthy water during their lifecycles.

This research was made possible by a $1 million grant from Denise and Dave Bunning through the Chicago-based Sunshine Charitable Foundation.

“Our Great Lakes are a national gem, and further understanding how wetlands keep these waters healthy for people and wildlife is a responsibility of which Ducks Unlimited is proud to engage,” said Adam Putnam, Ducks Unlimited CEO. “The Sunshine Charitable Foundation is a champion for wetlands conservation, and we are grateful for Denise and Dave’s support.”

Large algal bloom outbreaks in recent years threaten the livelihoods of residents who live near Lake Erie. More than $65 million in economic activity was lost due to the harmful blooms in western Lake Erie in 2011 and 2014. In 2014, the third largest Lake Erie harmful algae bloom on record made international news by shutting down the drinking water supply for hundreds of thousands of Great Lakes residents.

“Not coincidentally, nearly 90% of wetlands in the Lake Erie Basin have been drained. Wetland restoration is a promising solution for capturing phosphorus before it enters the Great Lakes and feeds harmful algal blooms,” said Dr. John Coluccy, DU’s director of conservation planning for the Great Lakes.

This project will evaluate how much phosphorus is being removed at more than a half-dozen previously restored DU conservation projects, and establish a model allowing conservation experts to create maps predicting the best wetland locations remove the pollutants.

This waterfowl-focused research will help scientists determine why the Great Lakes mallard population has declined in recent years. Breeding mallards in Michigan have dropped from a peak of over 500,000 to just under 200,000, and trends in Wisconsin and Minnesota are similar.

Waterfowl biologists in the Great Lakes states are at a loss to explain the decline, especially when scientists have seen ideal regional breeding habitat go unoccupied.

“Hunters who enjoy the outdoors generate an estimated $1.4 billion in revenue for Mississippi Flyway states, and mallards are one of the most popular game birds sought by waterfowlers,” said DU Chief Conservation Officer Karen Waldrop. “Boosting mallard populations will ensure a steady flow of tax revenue from hunter activity and conservation dollars derived from hunting licenses.”

In spring, before nesting and before the hunting season, researchers will mark a minimum of 350 female mallards from across the Great Lakes region with solar-powered transmitters that download data using cell phone technology. This technology will allow researchers to document movements and habitat use, estimate the number of mallards that return to the same breeding, staging and wintering areas and estimate survival and productivity rates.

Information from this study will inform recommendations regarding habitat programs and harvest management to assist with breeding mallard population recovery in the Great Lakes region.

The studies are expected to begin this spring.