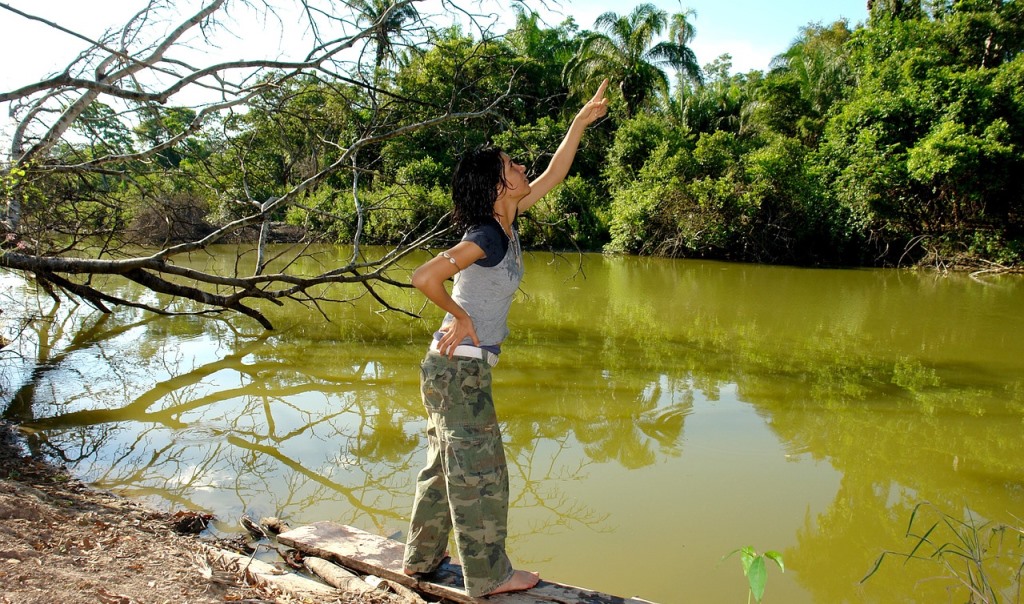 On March 24, 2021, France-based luxury brand LVMH—a partner of the UNESCO MAB (Man and the Biosphere) program, which is celebrating its 50th anniversary this year—revealed its new ecological restoration and regenerative agriculture-based biodiversity strategy.

It is one of the pillars of the new LIFE 360 program (LVMH Initiatives For the Environment), and aims to have a positive net contribution to biodiversity: by limiting the activity’s impact on ecosystems, by helping to rehabilitate 5 million hectares of habitat for flora and fauna by 2030, in particular thanks to regenerative agriculture.

The announcement was made at the Our Planet, Our Future Forum organized by UNESCO. It is within the framework of their new strategy that the Group is launching, in partnership with the UNESCO MAB program, an initiative to combat deforestation and promote reforestation in the Amazon Basin, whose key objectives were outlined at the Forum.

“For half a century, UNESCO has been a pioneer in the conservation and sustainable use of biodiversity. The UNESCO world network of biosphere reserves already numbers more than 700 sites of experimentation and sustainable solutions. By itself, this network already represents more than 5% of the Earth’s surface. Marking the 50th anniversary of this program, our partnership with the LVMH Group is a concrete way of bringing this accumulated experience to fruition,” says Audrey Azoulay, Director-General of UNESCO.

The protection of nature’s ecosystems has always been of utmost importance to LVMH, whose activity is significantly reliant on natural raw materials (flowers, grapes, cotton, leather, stones, etc.). A priority of the Group’s long-term vision is the preservation of nature, whose riches are central to the exceptional character of the products created by its Maisons.

In the face of an unprecedented decline in biodiversity across the globe, LVMH is taking action and making the protection and regeneration of biodiversity a key pillar of its LIFE 360 environmental strategy. The new objectives of this strategy were unveiled by Antoine Arnault during a round-table discussion with Audrey Azoulay, Director-General of UNESCO.

“Luxury is at the intersection of nature and creativity: we need nature in order to craft our high-quality products, and nature must be renewed and safeguarded. As the world leader in luxury, LVMH has committed to making the protection of biodiversity an absolute priority, and to being an exemplary actor of change – audacious, creative and demanding in building a more sustainable future. The ambitious goals we continue to set ourselves for reducing our environmental footprint are regarded as creative opportunities far more than fresh limitations. The ‘ACT for biodiversity’ partnership with UNESCO is a key pillar of our strategy, enabling us to challenge the norms, to have a positive and lasting impact beyond our supply chain, and to demonstrate that it is possible to reconcile economic development and protection of nature,” says Antoine Arnault, LVMH Image & Environment.

The Group is also announcing the deployment of regenerative agriculture programs for strategic agricultural raw materials such as grapes, cotton, wool or leather by 2030, as well as a contribution to the collective effort to regenerate ecosystems and preserve particularly endangered plant and animal species. LVMH and its Maisons have long been involved in the preservation of certain species, such as black bees in Brittany, or the Leadbeater’s possum and helmeted honeyeater in Australia. Further initiatives to participate in conservation efforts will be decided notably via consultations with Group personnel.

Establishing a clear and precise measurement of biodiversity impact

Measurement is a potent tool to define priorities, objectives and actions; it remains a complex issue where biodiversity is concerned. LVMH works on the deployment of measurement tool such as the Global Biodiversity Score and uses life-cycle analysis with geolocated biodiversity indicators, a pioneering but as yet little-used method, which will be enriched through collaborations with scientific experts in this field. LVMH participates by way of its commitments and actions in the frame of reference defined by Science Based Target for Nature whose aim is to align the actions of business with international objectives for the preservation of biodiversity.

Avoiding and reducing impact on ecosystems

The Group is committed to not using raw materials from zones with a high risk of deforestation or desertification. In addition, by 2026 LVMH will roll out certification systems corresponding to the most rigorous standards of biodiversity-related criteria, and apply them right across its strategic supply network.

Following the implementation of its Charter on animal welfare in the procurement of raw materials, the Group is further stepping up its commitment in this domain. Its new biodiversity strategy sets a deadline of 2026 for the full deployment of the standards and good practices defined in the document.

The objective is to regenerate the equivalent of five million hectares of habitat for flora and fauna by 2030, either within the supply chains or in the context of conservation projects. A number of ambitious preservation programs launched by Group Maisons come under this umbrella:

To achieve this objective, LVMH is working, in partnership with UNESCO MAB, to reconcile sustainable development, respectful of local cultural contexts, and environmental protection. Within this framework, LVMH and UNESCO have launched a program targeting the factors of deforestation in the Amazon, with a budget of five million euros over five years. It aims to address the origins of deforestation and water pollution in the Amazon Basin by combining eight biosphere reserves in Bolivia (Pilón-Lajas, Beni), Ecuador (Yasuní, Sumaco, Podocarpus-El Condor), Brazil (Central Amazon) and Peru (Manu, Oaxapampa-Ashaninka-Yanesha).

In collaboration with local actors, the project will focus on two major issues:

The project thus aims to provide concrete solutions that draw on the best of both scientific knowledge and local and native know-how. In the short term, this will result in the creation of a local radio system dedicated to the prevention of forest fires based on existing infrastructures. In the long term, it will enable the identification of good practices and the establishment of sustainable economic activities in areas of severe deforestation.

The biosphere reserves are currently identifying projects that will become part of the program (agroforestry cropping systems, sustainable harvesting of forest products etc.), with the potential subsequently to be transposed to other reserves.

Photo of wildlife guide on Amazon River tributary is by Oscar Castillo from Pixabay.