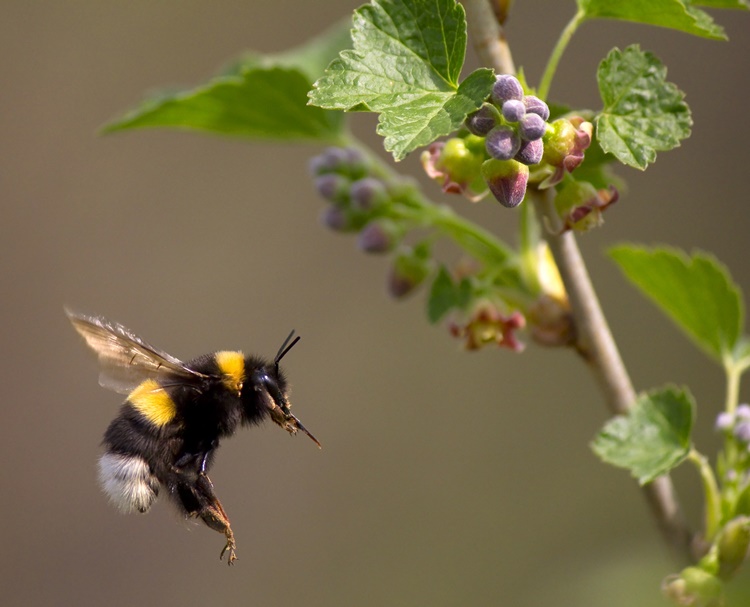 Wild bees pollinate many of the country’s most important farmlands, but a new national study suggests that these crucial pollinators are disappearing in the agricultural areas where their services are needed most.

The study, Modeling the status, trends, and impacts of wild bee abundance in the United States, was published on December 21, 2015 in the Proceedings of the National Academy of Sciences. It found that while nearly 40 percent of US croplands depend on pollinators, wild bee abundance declined by 23 percent between 2008 and 2013. This decline was generally associated with the conversion of pollinator habitat into row crop production.

This is the first national study to map U.S. wild bees. The researchers found that some of the crops most dependent on pollinators (pumpkins, watermelons, peas, peaches, plums, apples, and blueberries) are the crops most likely to run into trouble in the future. The increasing consumption of these speciality crops is mismatched with the declining pollinator populations in particular counties throughout the United States, and could lead to higher production costs for farmers and could even destabilize crop production over time.

In response to the declining availability of pollinator services, in 2014 the White House issued a presidential memorandum calling for a national strategy to promote pollinator health, which included the creation of a Pollinator Health Task Force.

In May 2015, the task force released its National Strategy to Promote the Health of Honey Bees and Other Pollinators, which also focuses in on the serious impact of habitat loss on wild pollinator population declines.

In response, the strategy includes a goal of restoring or enhancing 7 million acres of land for pollinators over the next five year through federal actions and public-private partnerships.