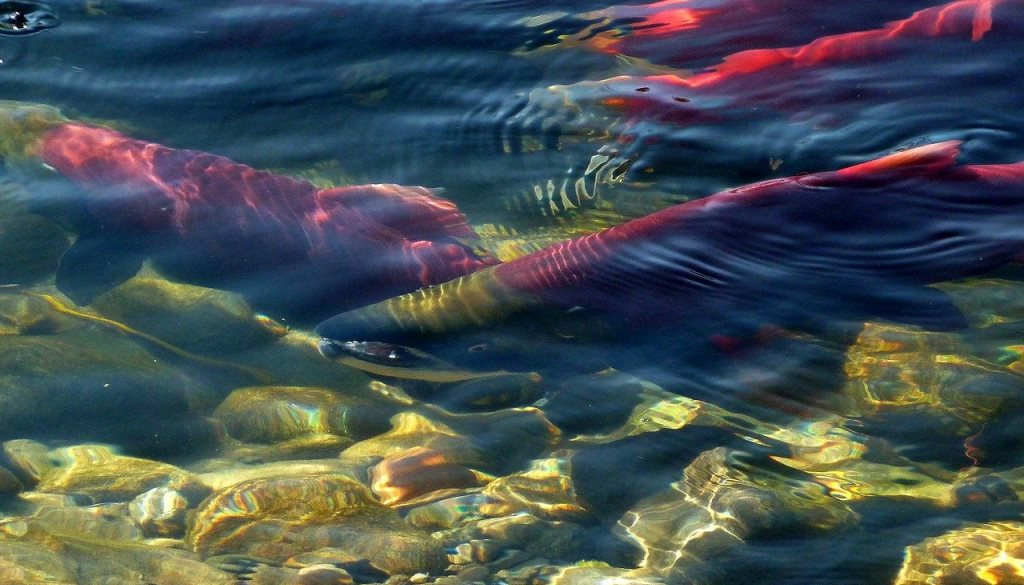 On November 16, 2022, Oregon’s U.S. Senators, Jeff Merkley and Ron Wyden, announced that a total of $5,041,495 million from the National Fish and Wildlife Foundation (NFWF) will be awarded to the Nez Perce Tribe—in partnership with the Confederated Tribes of the Umatilla Indian Reservation (CTUIR) and other partners—to restore sockeye salmon habitat connectivity at the Wallowa Lake Dam.

“This $5 million federal investment to restore sockeye salmon in Oregon’s northeastern corner marks a significant win for fish and the tribes working hard to build back this natural connection,” Wyden said.

“This win for the Wallowa Lake Dam also will ripple out into gains for recreation, clean water and river flows that will help ranchers and farmers to weather droughts,” he continued.

NFWF announced nearly $91 million in grants through the new America the Beautiful Challenge (ATBC), funded by the Bipartisan Infrastructure Law and other federal conservation programs and private sources.

This $5,041,495 grant will enable a collaboration among two federally recognized Tribes, an irrigation district, and the State of Oregon to complete rehabilitation of the Wallowa Lake Dam to balance rural community resilience and economic benefit with improved aquatic habitat connectivity for at-risk fish through engineering and construction at the high-hazard dam to connect hundreds of miles of sockeye salmon spawning habitat.

“Sockeye salmon are important not just to the culture of the CTUIR and Nez Perce Tribe but to the entire Pacific Northwest,” said Senator Merkley, who chairs the Senate Interior Appropriations Subcommittee, which funded the program.

“So we all owe a debt to these tribes, who are helping restore the 100 year old Wallowa Lake Dam to restore sockeye salmon populations in Northeastern Oregon. This federal funding will help increase river flows, which will benefit not just the fish populations, but nearby communities as well through increased recreation opportunities, the protection of drinking water sources, and support for ranchers and growers during times of droughts,” he added.

Senator Merkley, as a member of the Senate Appropriations Committee, and Senator Wyden were able to secure $2 million in the Fiscal Year 2022 spending bill for the Wallowa Lake Dam Rehabilitation project to support this important initiative.

Photo of sockeye salmon via Pixabay.