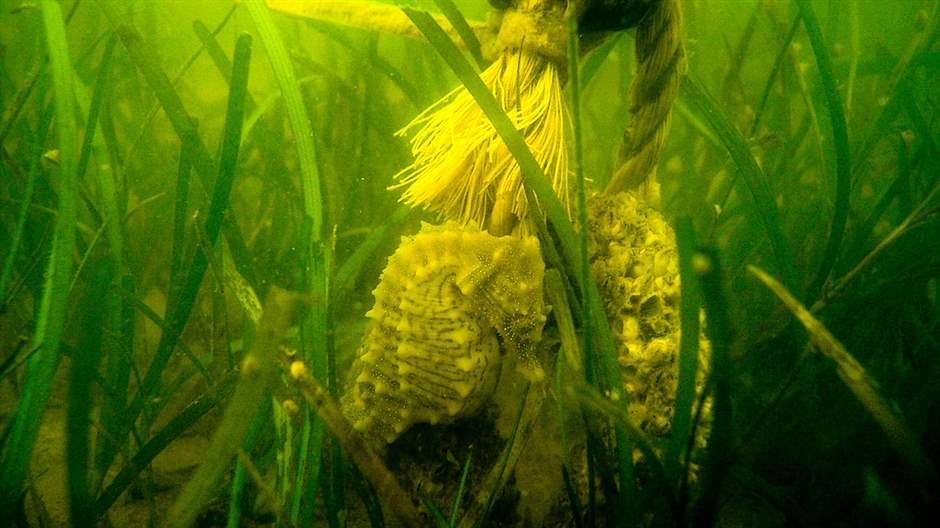 In the United States, coastal communities—which area home to almost 40% of the country’s population and nearly one-third of its businesses—face a growing threat from sea level rise and increasingly intense storms fueled by climate change.

Two coastal habitats proven to help to protect coasts, salt marsh and seagrass, are in alarming decline because of climate change and development.

Earlier this spring, The Pew Charitable Trusts’ Conserving Marine Life in the United States project hosted a webinar on how states can better conserve coastal ecosystems, which in turn will help boost community resilience to climate change and improve those ecosystems’ capacity to capture and store carbon.

The webinar, attended by more than 160 federal and state officials, academics, and conservationists, featured presentations on North Carolina’s Coastal Habitat Protection Plan (CHPP) and how it could inform coastal restoration, climate adaptation, and resilience efforts in other states as well.

Panelists also discussed a model adapted by Duke University’s Nicholas Institute for Environmental Policy Solutions to map coastal carbon capture and storage—known as blue carbon—and existing coastal protection, which was then applied in states from New York to North Carolina.

The research sought to determine whether habitats such as North Carolina’s expansive salt marsh meadows and seagrass beds can protect shorelines from climate impacts including severe storms and increased erosion while also storing blue carbon.

“These are places where you could do relatively small projects and end up with a relatively large carbon benefit and get a really good bang for your buck,” Warnell said, referring to coastal wetland restoration opportunities identified in the research that could enhance blue carbon.

Maintaining coastal habitats into the future in the face of rising seas can also provide benefits such as keeping blue carbon from being disturbed, said Lydia Olander, director of the Ecosystem Services Program at the Nicholas Institute. This would probably involve protecting key coastal habitats such as North Carolina’s pocosin forests while preserving open space in other areas to allow salt marsh to migrate inland away from rising seas.

CHPP was created to aid fisheries

Economists, for example, estimate the average 30-year storm protection value of healthy habitats in North Carolina’s 22 coastal counties at $1.3 million per kilometer. In addition, wetlands are “kind of like living sponges,” she said, capable of storing up to 300,000 gallons of water per acre per day, “which can drastically reduce the flooding in towns and the [pollution] runoff into the water.”

The interagency CHPP—completed in 2005 and revised every five years by the North Carolina Department of Environmental Quality—connects a diverse range of governmental and nongovernmental entities and identifies research needs, said panelist Chris Baillie, a postdoctoral researcher with the Gittman Coastal Ecology Lab at East Carolina University.

Pew is working with managers, scientists, and stakeholders in North Carolina to increase protections for seagrass and salt marsh and improve water quality in an updated CHPP scheduled for completion at the end of 2021.

States committed to improving the resilience of their coasts and mitigating climate change should follow North Carolina’s lead by conducting and incorporating evidence-based research on how to restore and conserve their coastal habitats, including salt marsh and seagrass meadows.

Featured photo (by Mike Naylor Maryland Department of Natural Resources) shows a lined seahorse—whose population is decreasing because of declining coastal habitats—resting at a screw anchor in seagrass off Maryland’s coastline.

This article by Sylvia Troost and Leda Cunningham (who work on Pew’s conserving marine life in the United States project) originally appeared on the Pew website. Reprinted here (with minor edits) by permission.