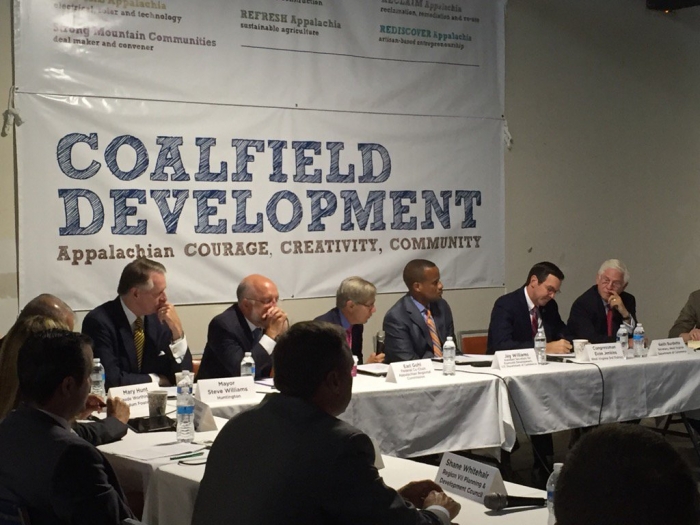 On August 24, 2016, the Appalachian Regional Commission (ARC), the U.S. Economic Development Administration (EDA), and the U.S. Department of Labor’s Employment and Training Administration announced a $38.8 million investment to grow the economy in the nation’s coal–impacted communities.

These 29 awards were made as a part of the Obama administration’s Partnerships for Opportunity and Workforce and Economic Revitalization (POWER) Initiative to stimulate economic growth and opportunity in communities that have historically relied on the coal economy for economic stability. With this announcement, communities and regions that have been negatively affected by changes in the coal economy are able to strengthen their economies and workforces.

“The projects and awards we are here to celebrate today help communities persevere and flourish as they deal with the challenges presented by the coal economy,” said Jay Williams, U.S. Assistant Secretary of Commerce for Economic Development. “POWER invests in jobs and workers, and develops and implements strategies and projects that can help transform these respective regions, states, and our nation.”

With these investments, more than 3,400 jobs are anticipated to be created and/or retained in agriculture, technology, entrepreneurship, manufacturing, and other diverse sectors in Appalachia’s coal-impacted communities. These awards have also attracted an additional $66.9 million in leveraged investments from other public and private partners.

“Appalachian communities are actively engaged in creating diverse local economies that are resilient, sustainable, and strong.” said ARC Federal Co-Chair Earl F. Gohl. “Local leaders and entrepreneurs will use these investments to develop, direct, and implement economic diversification initiatives which will have long-lasting impact.” West Virginia Governor Earl Ray Tomblin joined Gohl and Williams at the Wild Ramp in Huntington, West Virginia, for the announcement. The Wild Ramp is a local food retailer and a partner in the Central Appalachian Food Enterprise Corridor, which received a $1.5 million grant through today’s announcement. The Central Appalachian Food Enterprise Corridor anticipates creating/retaining 370 jobs, creating or improving more than 250 local businesses, and attracting at least $2 million in additional partner investments to strengthen local food production, processing, and distribution in five Appalachian states over the next five years.

The POWER Initiative is a multi-agency effort aligning and targeting federal economic and workforce development resources to communities and workers that have been affected by job losses in coal mining, coal power plant operations, and coal-related supply chain industries due to the changing economics of America’s energy production.

The POWER Initiative is part of President Obama’s POWER+ Plan, a broader set of investments in coal-impacted communities, workers, and coal technology proposed in the president’s FY 2017 budget. Today’s awards were granted from the $65.8 million in POWER funding announced by ARC and EDA in March 2016.