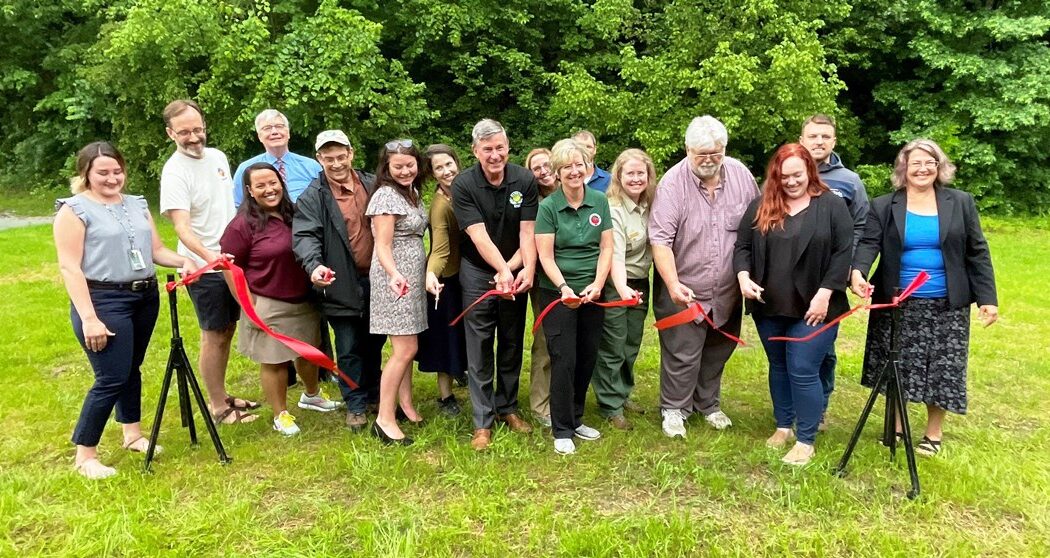 In February of 2022, U.S. Senator Sherrod Brown (D-OH) announced that the U.S. Department of Interior’s Office of Surface Mining Reclamation and Enforcement (OSMRE) had awarded the Ohio Department of Natural Resources a $46,444,000 Abandoned Mine Land Reclamation grant.

These funds will go toward reclamation and restoration projects in previously mined sites across the state, including closing dangerous mine shafts, eliminating highwalls, reclaiming unstable slopes, treating acid mine drainage, and restoring water supplies damaged by mining.

“This investment is a game changer. Rural Action, together with our state and national partners, has been doing restoration work for close to 30 years and has restored 74 miles of previously-dead streams. When that happens, it makes a difference in terms of quality of life, public safety, and economic opportunity. Putting people to work fixing hazardous sites from past mining, and cleaning up impacted streams is an investment in our communities that will make a difference for the long haul. We applaud the Biden administration for this smart investment in a just transition for coal communities,” said Debbie Phillips, CEO of Rural Action in Athens County.

Funding for this investment was made possible through the bipartisan Infrastructure Investment and Jobs Act (IIJA), which Brown helped to write and pass.

Brown has been fighting for investments in Ohio’s coal communities for years.

“Ohio coal communities helped build and power this country and they deserve our respect and attention,” said Brown.

“This investment is a promise, a down payment to create new jobs and give local communities resources they need to restore the land and keep their communities safe,” he added.

In March 2017, he introduced the RECLAIM Act with Sen. Joe Manchin (D-WV) to create jobs and spur economic growth by reclaiming abandoned-mining lands and restoring these lands and waters for future development and use.

The RECLAIM Act aims to support the development of new economic and community development opportunities in impacted coal communities by directing $1 billion in existing funds from the Abandoned Mine Reclamation Fund toward these communities.

In March 2021, Brown joined his colleagues to reintroduce this legislation.

One example of the successful use of this funding came last year, when the ODNR Division of Mineral Resources Management celebrated the completion of a new trailhead and the elimination of abandoned mine land (AML) hazards in Nelsonville on June 21, 2021.

“It’s exciting that this land can once again be enjoyed safely by the community,” ODNR Director Mary Mertz said. “The AML program continues to benefit Ohioans by restoring the health of the former mine lands and providing economic growth opportunities across Appalachian Ohio.”

Doanville is the first part of the two-phase project. A second trailhead site in Chauncey—the main trailhead of the Baileys Trail System—is expected to open next summer. The cost estimate for this project is $1.7 million. ODNR is using federal grant funds to eliminate AML hazards and build the trailheads at both location.

The project eliminates dangerous mine openings left over from the region’s coal production. Construction began in October 2020 with a contract cost of $196,000 and was completed on May 14, 2021.

An economic impact study done by Quantified Ventures Inc. estimates that these new trail systems could increase tourism in the region by 180,000 annual visitors and bring in $24.8 million in local economic spending over the next decade.

ODNR administers a federal AML program. Prior to 1977, national laws did not require restoration of desirable environmental conditions to surface mined areas.

Photo (courtesy of ODNR) shows the celebration of a new trailhead and the elimination of abandoned mine land (AML) hazards in Nelsonville.