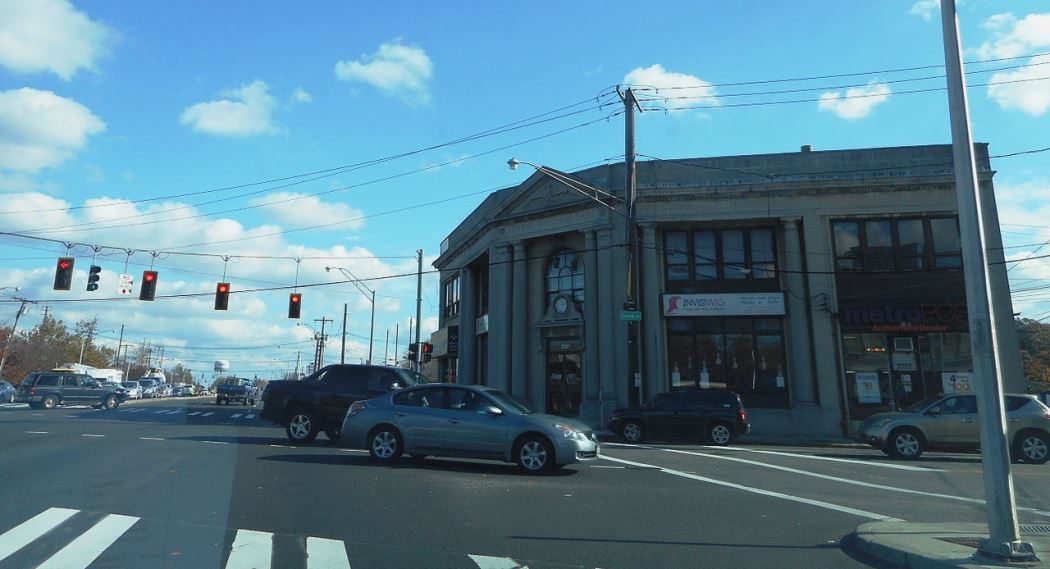 On August 13, 2019, New York Governor Andrew M. Cuomo announced that the hamlet of Baldwin (in the town of Hempstead, Long Island) will receive $10 million in funding as the Long Island winner of the fourth round of the Downtown Revitalization Initiative.

As in the first three rounds of the DRI, one municipality from each of the state’s 10 regional economic development regions is selected as a $10 million winner, marking another overall state goal to target $100 million in funding and investments to help communities boost their economies by transforming downtowns into vibrant neighborhoods where the next generation of New Yorkers will want to live, work and raise a family.

“With this competition we are challenging local governments to come up with a comprehensive plan to revitalize their downtowns, and Baldwin did exactly that,” Governor Cuomo said. “This plan builds on Baldwin’s existing assets including the LIRR and focuses on transit orientated development to drive economic growth in the region. It is not only ambitious and innovative – it is actually going to happen. And when you put boldness together with feasibility, that is magic.”

Located in the town of Hempstead, Baldwin’s targeted area for DRI investment centers on the commercial corridor of Grand Avenue with its proximity to the Baldwin Long Island Rail Road Station (LIRR) and the surrounding cluster of retail, commercial, institutional, and public recreation uses.

The Town has embarked on a strategic, holistic approach to revitalizing downtown Baldwin with innovative zoning and design guidelines geared towards building a vibrant center of economic activity and priming the area for investment. Leveraging this effort as a framework for future development, the DRI award will advance the community’s vision for a pedestrian-friendly, mixed-use downtown centered on an active LIRR station.

The Long Island Regional Economic Development Council went through a competitive review process of proposals from communities throughout the region and considered all seven criteria below before recommending Baldwin as its nominee for winner:

Senator Todd Kaminsky said, “The Baldwin Downtown Revitalization Initiative will be a game-changer for local residents and businesses. I applaud Governor Cuomo for this investment in our community and will continue to work with my partners in government and local leaders to ensure this project derives maximum benefit for Baldwin and Long Island.”

New York Secretary of State Rossana Rosado said, “Baldwin is an important hub in Nassau County and all of Long Island, and is well deserving of this important recognition. By implementing strategic investments into projects that will improve access and beautify streetscapes across the community, Governor Cuomo’s Downtown Revitalization Initiative revolutionizes how our urban centers thrive in the future.”

Baldwin will now begin the process of developing a Strategic Investment Plan to revitalize its downtown with up to $300,000 in planning funds from the $10 million DRI grant. A local planning committee made up of municipal representatives, community leaders, and other stakeholders will lead the effort, supported by a team of private sector experts and state planners.

Town of Hempstead Supervisor Laura Gillen said, “I thank the Governor for his leadership and the Regional Economic Development Council for this Downtown Revitalization award, which will enable us to finally do something truly transformational for Baldwin. The Grand Avenue corridor has suffered from 17 years of repeated unsuccessful urban renewal planning. Under my administration, we changed the approach and broke the cycle of failure by undertaking a transit-oriented rezone of the corridor. This rezoning will allow the uses and bring the density that will incentivize private development. We will use these funds to further enhance our efforts under the rezoning through streetscape improvements, green infrastructure, traffic calming and investments into mixed-use developments that will bring housing, office, and retail options to our residents. This is much more than a breath of life into this Main Street – it is a repeatable model of sustainable economic development that as Supervisor, I am proud to usher into our Town.”

The Strategic Investment Plan for downtown Baldwin will examine local assets and opportunities and identify economic development, transportation, housing, and community projects that align with the community’s vision for downtown revitalization and that are poised for implementation.

Nassau County Executive Laura Curran said, “I am excited Baldwin was selected as one of this year’s recipients for Governor Cuomo’s Downtown Revitalization Initiative. This money will enable Baldwin’s downtown to finally live up to its potential — and boost our local economy by attracting new families, tourists and businesses. This is part of the ongoing revitalization of our downtowns that will help keep our young people and grow the tax base — and make Nassau an even better place to live, work and play.”

The downtown Baldwin Strategic Investment Plan will guide the investment of DRI grant funds in revitalization projects that will advance the community’s vision for its downtown and that can leverage and expand upon the state’s $10 million investment. Plans for the DRI’s fourth round will be complete in 2020.

Photo (2014) of downtown Baldwin is by DanTD via Wikimedia.