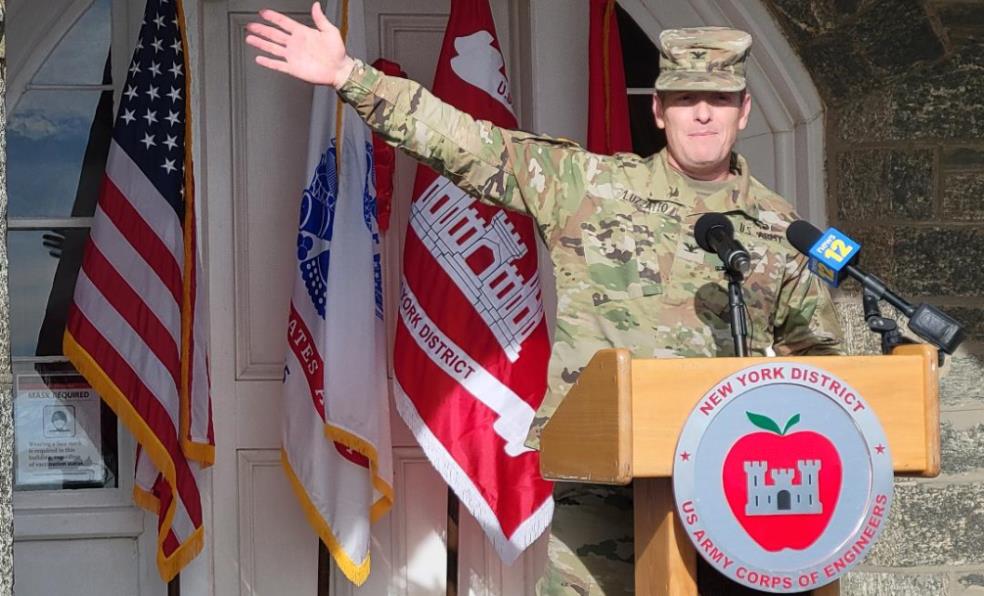 New York District Commander Col. Matthew Luzzatto stated, “Today is a great day for Long Islanders who have been waiting many years for a project of this magnitude to reduce flood risk to their property and communities. Army Corps personnel and our federal, state, county and local partners are committed to executing this historic civil works initiative for the residents of Suffolk County.” 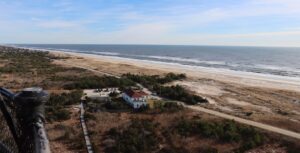 Amidst a backdrop of construction activity, many officials—including Senator Charles (Chuck) Schumer—addressed an audience filled with many who have worked for years to make the FIMP project a reality.

Major aspects of the project include:

Historically, mainland communities on Long Island and the barrier beaches have been repeatedly battered by severe storms and tidal surges.

Some of them include: 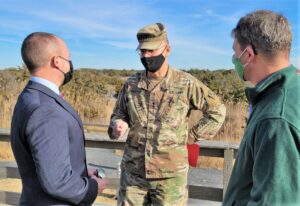 This honor recognizes exceptional team efforts on specifically-authorized feasibility studies and executing the Army Corps’ civil works mission. The team was one of only two recognized throughout the U.S.

The team’s innovative approaches to water-resource planning and inter-agency collaboration resulted in the completion of a nearly four-decade planning effort and approval of a Chief of Engineer’s Report in July 2020 for the FIMP Coastal Storm Risk Management Reformulation Study, an updated version that captures current science and engineering.