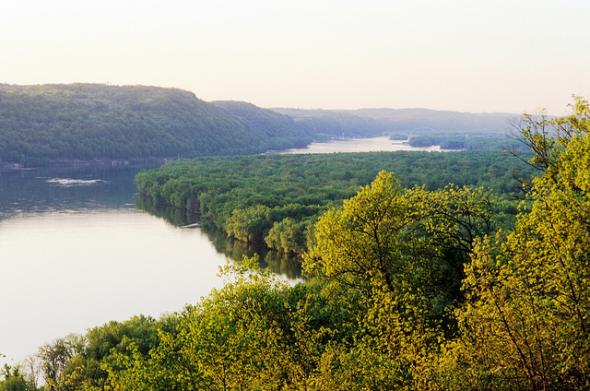 Wisconsin and neighboring states celebrated 30 years of a national partnership to restore the Mississippi River at an event in La Crosse on Monday.

The Upper Mississippi River Restoration program is a partnership between 12 state and federal programs, including the Wisconsin Department of Natural Resources, the U.S. Army Corps of Engineers and the U.S. Geological Survey. For the past 30 years, the project has been recording data about the river and restoring habitats for wildlife from Minneapolis to southern Illinois.

The UMRR program was created by Congress to address public concerns around the future of the Mississippi River, but Wisconsinites were calling for changes before the project was started, according to Jeff Janvrin, a DNR Mississippi River Habitat specialist.

“The State of Wisconsin actually sued the Corps of Engineers for the way they were doing dredging on the river, and that was back in 1972,” Janvrin said.

Others want to replicate the UMRR program further down the river. “The Mississippi River Cities & Towns Initiative is trying to partner up with the Nature Conservancy to see if there’s a way for us to be able to have the same type of ecological restoration on the lower stem of the Mississippi River, and ultimately to have a program authorized by Congress, which would have a restoration component along with the navigation,” said Tim Kabat, the Mayor of La Crosse, Wisconsin.