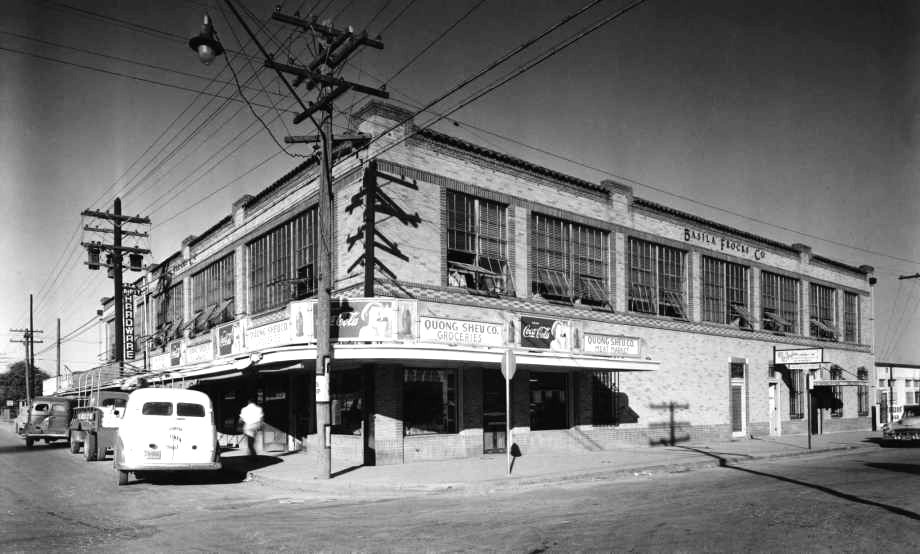 On November 17, 2020 in San Antonio, Texas, the Westside Development Corporation (WDC) selected the DreamOn Group to discuss a potential partnership on the renovation of the Basila Frocks building located at 502 N. Zarzamora, a historically-significant Westside landmark.

The WDC was founded in 2006 by the City of San Antonio Council and the mayor to help revitalize the inner Westside of San Antonio. The organization is committed to implementing planning and economic development initiatives that protect and preserve the culture and history, but also create a viable, sustainable, and thriving urban community. WDC operates as a 501(c)(3) and city delegate agency, receiving funds from the City of San Antonio, financial institutions, private foundations, and individual donors to carry out its mission.

The DreamOn Group, founded by Julissa Carielo and Rene Garcia, is a local development and property management firm that, through its association with Tejas Premier Building Contractors, Inc., also specializes in construction.

The WDC Board of Directors is considering a Memorandum of Understanding (MOU) with the DreamOn Group, to enter into further discussions and analysis toward a redevelopment partnership agreement.

In August of this year, WDC as the property owner of Basila Frocks, released a Request for Interest/Information (RFI) to solicit responses from the development community. The RFI played a vital part in selecting the best candidate that shared the same hope and vision for the city’s westside gem. The RFI was also a critical, deliberate effort to be transparent with the process and cast a wide net to anyone interested in the project.

A Westside firm, the DreamOn Group, emerged as the top respondent of WDC’s RFI, and both westside organizations are currently discussing opportunities for the historic building. The hope is that upon completion of the 90-day MOU period, the end result will be a partnership between the two organizations that ultimately enriches the westside community through the renovation of the site.

“The Basila Frocks building represents so much more than just a structure. The story of the building and its original owners tell the story of the Westside – a story of entrepreneurship, resiliency, and stubborn determination. This legacy deserves a careful and intentional approach toward finding the right partner to fill Dan Markson’s shoes. We wanted a partner that could see beyond the building itself and see a tight-knit community that can be positively impacted by it. Our process demonstrated that care and yielded a great community partner in the DreamOn Group. We couldn’t be happier to start working with them to give Basila the attention and investment it deserves,” said Ramiro Gonzales, the newly-named CEO of the Westside Development Corporation.

The building is located in an opportunity zone and affords a variety of paths to revitalization. With a vast amount of office space and rooms for tenants, the vision for the building is to become a small business hub that can also be used for community workshops on entrepreneurship and technology.

The DreamOn Group is eager to get started with WDC and hopes to see Basila Frocks reach its highest potential while also serving the community.

“We founded the DreamOn Group with the vision of developing projects that matter. We are excited to have the opportunity to be involved with Basila Frocks because it is a true example of a transformational community project that we believe in. Our partnership with WDC confirms our mission to transform communities, together, for a greater San Antonio,” says Founding Partners of DreamOn Group, Julissa Carielo and Rene M. Garcia.

The Basila family originally constructed the building and established the Basila Frocks Co. in 1929 to house garment manufacturers and commercial shops. Located in the Prospect Hill Neighborhood, the 20,000 square foot building has since, over the years, served multiple uses including offices, a grocery store, a ballroom, restaurants, a boxing gym, and live music space.

Back in 2018, WDC partnered with the late Dan Markson, the executive vice president of development at the NRP Group (in his private capacity), to restore the building to its original glory. After Dan Markson’s passing in 2019, just weeks before construction on the project was set to commence, the redevelopment of Basila Frocks made little progress for about 8 months until WDC released the RFI in August of this year.

The DreamOn Group says that they are committed to creating meaningful social change by investing in San Antonio through real estate development opportunities.