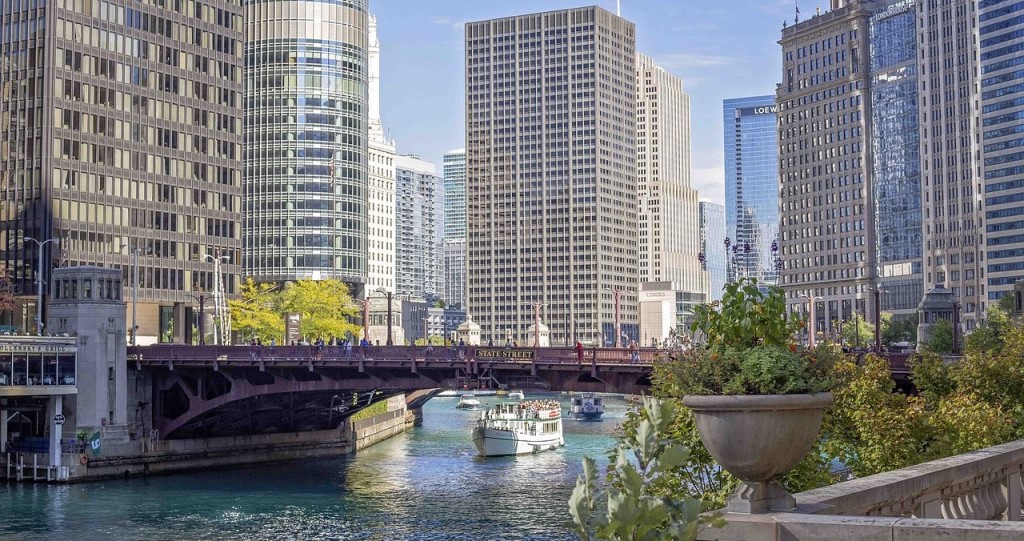 On January 26, 2022, Illinois Governor JB Pritzker and the Illinois Department of Transportation announced that almost $111.4 million has been awarded to transit providers downstate as part of the historic, bipartisan Rebuild Illinois capital program.

The governor also announced an additional $108.3 million for public ports in Illinois. The two announcements, combined with earlier commitments of $40 million to build a port in Cairo, $244 million in additional funding to downstate transit and $96 million to extend MetroLink Service to MidAmerica Airport, contribute to a combined $601 million commitment to ports and downstate transit, reinforcing the governor’s priority to create economic opportunity by moving freight and people more safely and efficiently while improving all modes of Illinois transportation.

“When the General Assembly and I crafted the most robust infrastructure plan in Illinois history, our vision wasn’t limited to simply updating highways, rails, and bridges. We saw an opportunity to connect jobs and economic development to communities across the state through every mode of transportation,” said Pritzker. “Today we’re launching funding to support Illinois ports as well as over three dozen transit systems outside Chicago. All in all, we’re announcing $110 million for nine port districts as well as $112 million for 37 transit districts, totaling nearly a quarter of a billion dollars going out to projects around the state.”

This announcement represents the second round of competitive grants awarded as part of $355 million identified in Rebuild Illinois to invest in transit outside the Chicago area.

Projects include the purchase of new vehicles as well as the construction of bus shelters, stations, and maintenance facilities to expand and improve service, provide more transportation options in downstate communities, and promote an enhanced quality of life.

“These awards to our ports and transit systems will only strengthen our status as the multimodal transportation hub of North America,” said Illinois Transportation Secretary Omer Osman. “Through Rebuild Illinois, Gov. Pritzker and IDOT continue to improve the state’s transportation system by seeking out the best projects that do the most good and getting our partners at the local level the resources they need to deliver them.”

A total of 37 transit systems are receiving $111.4 million to advance 51 projects, including:

Projects funded through the first round of Rebuild Illinois funded downstate transit grants include renovated bus stations and passenger information kiosks for the Champaign-Urbana Mass Transit District, a new transportation center in downtown Bloomington and a new building to serve as a headquarters, training facility and dispatch center for the West Central Mass Transit District in Jacksonville.

“This is another very exciting project for Southern Illinois as we continue to capitalize on opportunities that lie within our two mighty rivers,” said State Senator Dale Fowler (R-Harrisburg). “Coupling this project along with the Alexander Cairo Port District will bring new jobs, out of state investments and economic development to some of our most economically depressed areas of the state. By turning old investments into new, continues our quest of creating much needed hope and prosperity to the Southern Illinois region.”

For the state’s 19 public ports, $150 million in capital funding is available for improvement projects, the first time a state capital program is investing in waterways, with $40 million already committed to a new inland port in Cairo. The remaining $108.3 million being announced today by Gov. Pritzker is being awarded on a competitive basis. Proposals were evaluated on their ability to advance IDOT’s Illinois Marine Transportation System Plan, which prioritizes asset management performance-based decisions and projects that benefit disadvantaged or economically distressed areas.

“The bipartisan Rebuild Illinois capital program has positively impacted the state, and these local infrastructure investments come at a critical time to help downstate transportation,” said State Senator Christopher Belt (D-Swansea). “Investing in the Metro East’s transportation is vital, as it will continue to create jobs, promote economic growth and keep residents safe when traveling.”

“One of my top priorities as State Representative is to put our local communities on a path toward long-term economic growth, and the funds from the Rebuild Illinois capital program plan allows us to invest in crucial infrastructure and boost local economic development,” said Leader Jay Hoffman (D-Belleville). “I am pleased to see the fruition of the plan, and I will continue to support crucial infrastructure legislation like this.”

Passed in 2019, Rebuild Illinois is investing a total of $33.2 billion over six years into the state’s aging transportation system, creating jobs and promoting economic growth.

“To aid the progress of our communities to economic recovery, these local infrastructure improvements come at a critical time for the Metro East,” said State Senator Rachelle Aud Crowe (D-Glen Carbon). “By investing in downstate transportation, we are working to provide dependable modes for commuters and families while creating labor jobs for residents.”

Rebuild Illinois is not only the largest capital program in state history, but also the first that touches all modes of transportation: roads and bridges, transit, waterways, freight and passenger rail, aviation, and bicycle and pedestrian accommodations.

“I am excited to see the Rebuild Illinois capital program plan invest in integral infrastructure in the downstate area. The scope of this investment will benefit everyone in our community with its physical improvements to our transportation infrastructure while also creating over 500,000 jobs in the downstate region,” said State Representative Katie Stuart (D-Collinsville).

A third and final round of grant opportunities for downstate transit needs is anticipated in 2022.

Photo of Chicago via Pixabay.