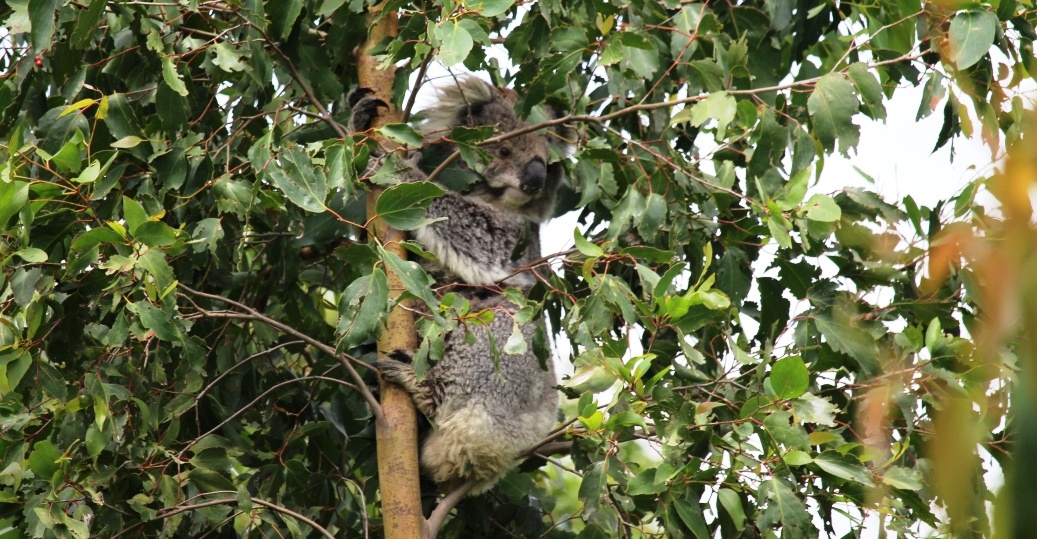 Ever since my first book, The Restoration Economy, was published in 2002, people worldwide have been creating new ways to earn their living restoring natural resources and revitalizing communities for a living.

In Australia, a company called Greenfleet has been doing exactly that since 1997, so they got started around the same time I started writing The Restoration Economy. Their primary mission is to restore our climate by sequestering carbon via a carbon credit program. But, Greenfleet does this using native trees, which makes them far more ecologically restorative than the average carbon credit program, many of which use fast-growing non-native species, creating near-lifeless tree farms.

Here are just two examples of Greenfleet projects, in their own words: 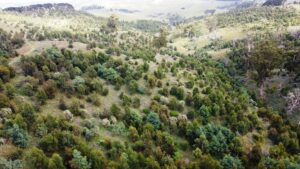 Wurneet Laang Laang was the first Greenfleet-owned property in tha state of Victoria. It’s nestled in the hills of South Gippsland just 1.5 hours from Melbourne. Located on land traditionally owned by the Boon Wurrung people, we are working to restore this property to what it was before the land was cleared.

Since 2016, we have planted more than 50,000 native trees on the 66-hectare site to build a biodiverse forest across the property.

Since the plantings, assessments by our forestry team have shown that the site is growing and establishing well with some of the trees planted in 2016 already up to eight metres tall.

By supporting the return of native ecosystems to this property, we endeavour to provide many environmental benefits including water and air purification, carbon sequestration, and erosion control. At Wurneet Laang Laang, we strategically planted the native seedlings amongst the steep hills and landslip zones to achieve the best results.

As of 2019, Stzrezlecki Koalas were found already living in the three year old trees on the property. The Greenfleet team were very excited to discover wildlife like this using the trees as habitat only a handful of years after the trees had been planted. This forest is also becoming excellent place for bird watching with the trees providing habitat for native birds such as the Yellow-faced Honeyeater and Grey Fantail.

Our team also found the trees are having immense benefits for the water on the property. As part of the Lang Lang River is located on the property, they can see that the water quality is improving and noticed that native frogs are calling the dams on the property home. There are also native reeds and ferns growing back.

This is the first Greenfleet owned property in Victoria and we named it ‘Wurneet Laang Laang’ as this means stony creek or river in the Boon Wurrung language. The Boon Wurrung people of the Kulin Nation are the traditional people and custodians of the lands from the Werribee River to Wilson Promontory in Victoria. The name is very fitting for the landscape and acknowledges the traditional owners of the land and its long history.

Greenfleet use the Full Carbon Accounting Model (FullCAM), developed by CSIRO, to measure the amount of carbon being captured by each site. The high rainfall and climate in Gippsland means that this forest will sequester thousands of tonnes of carbon. In fact, over its lifetime the forest at Wurneet Laang Laang will capture nearly 92,000 tonnes of CO2-e which is like removing more than 21,300 average cars from the road for a whole year! 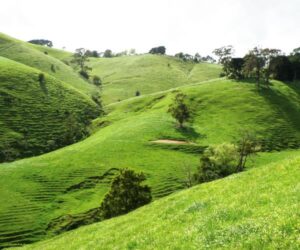 Corymbia Farm, a Greenfleet forest in Gippsland where the Giant Gippsland Earthworm is present. This photo was taken prior to planting in 2018.

When thinking about Australian wildlife, earthworms may not be the first animals that come to mind. But did you know that southern Australia is home to one of the rarest earthworms in the world?

Greenfleet’s reforestation work in Gippsland is protecting this threatened species from habitat degradation.

Described by Sir David Attenborough as the “rarest and most extraordinary of all earthworms,” the Giant Gippsland Earthworm (Megascolides australis) can be found underground in the soils of Victoria’s West and South Gippsland.[1] Incredibly, these worms can grow up to 150 centimetres long!

More often heard than seen, these fascinating creatures make gurgling noises as they move through their tunnels under the surface of the soil. While most earthworms live in moist soil, the Giant Gippsland Earthworm thrives in soil that is especially wet as this helps with their movement and respiration[2]. Higher rates of rainfall in Gippsland makes the habitat suitable for these animals and they are generally found closer to creeks and riverbeds.

In this 2005 documentary, Attenborough visits Gippsland in search of this particular earthworm. Below, you can see the footage of him discovering a Giant Gippsland Earthworm and one of their egg cocoons.

Found nowhere else in the world, the Giant Gippsland Earthworm is a species protected at a State and Federal level. Its habitat is restricted to a small area of west and south Gippsland and is listed as threatened in Victoria.

Because of this, there are important practices to be followed when it comes to working on land where these worms might be present. When Greenfleet undertakes projects in this region, care is taken to ensure that the habitat of these rare creatures is protected.

Through a pre-planting survey, Greenfleet found evidence of the Giant Gippsland Earthworm at a site called ‘Corymbia Farm’ in West Gippsland. Grazing properties like this with low tree cover and steep hills can be vulnerable to landslides, which can threaten the earthworms and disrupt their habitat.

When Greenfleet planted more than 26,000 native trees at Corymbia Farm in 2018, we had to ensure our work would not cause any damage to the Giant Gippsland Earthworms or put their habitat at risk.

In consultation with Dr Beverley Van Praagh, Australia’s leading expert on the Giant Gippsland Earthworm, revegetation was carefully undertaken to protect the invertebrates from direct damage and longer-term habitat degradation.

Importantly, the tree species chosen also ensures the soil moisture remains consistent around the earthworm colonies. Some of the native species planted as a part of this project include Strzelecki Gum (Eucalyptus strzeleckii), Blackwood (Acacia melanoxylon), Prickly Moses (Acacia verticillata) and Kangaroo Apple (Solanum aviculare). However, different species were planted on different parts of the property depending on how much water they need to thrive.

Eucalypt species can generally dry out the soil as they grow, so we avoided planting them in areas we knew the Giant Gippsland Earthworm was present. They are however an important species when it comes to preventing landslides so they were planted on other parts of the property and in decades to come when these trees are established, they will provide excellent habitat for the worms.

Climate action is at the forefront of the work that we do and protecting threatened species such as the Giant Gippsland Earthworm is an important co-benefit of our reforestation efforts. The forest at Corymbia Farm will be protected for 100 years and we hope that these incredible creatures can live there happily for generations to come.