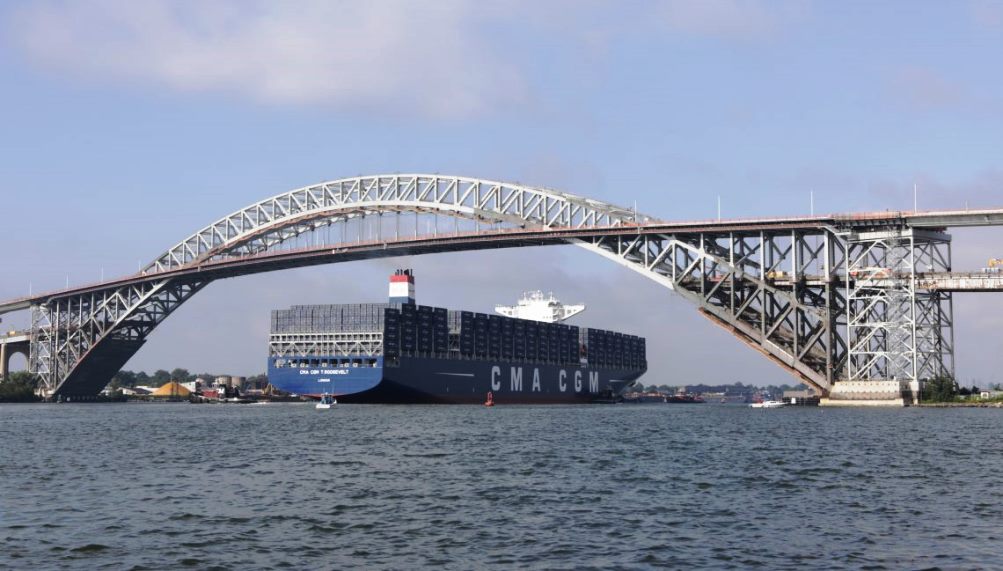 The Bayonne Bridge Navigational Clearance Program of the Port Authority of New York & New Jersey (PANYNJ or PA) has received the Envision® Silver award for sustainability, bestowed by the Institute for Sustainable Infrastructure (ISI).

The Envision sustainable infrastructure framework assesses project sustainability across five categories: Quality of Life, Leadership, Resource Allocation, Natural World, and Climate and Risk. These key areas contribute to positive social, economic, and environmental impacts on a community during the planning, design, and construction of infrastructure projects.

The Port Authority worked in close collaboration with the design joint venture (HDR and Parsons Brinkerhoff/WSP, with AECOM as the sustainability consultant) and the construction joint venture (Skanska and Kiewit) to deliver this award-winning sustainable project.

The Bayonne Bridge is the fourth-longest steel arch bridge in the world and was the longest in the world at the time of its completion in 1931. This historic engineering landmark, designed by American-Swiss structural engineer (and former Port Authority Chief Engineer) Othmar H. Ammann, spans the Kill Van Kull tidal strait, the narrow water body that connects New York Harbor to four of the Port Authority’s five major container terminals.

Built prior to the era of containerized freight, the bridge was originally constructed 151 feet above water. As a result of the bridge’s limited height, in recent years shippers had been forced to use smaller, less-efficient and less environmentally-preferable ships to bring goods into the region.

To solve this problem, in 2010, the PANYNJ announced its decision to restore the Bayonne Bridge while raising its roadway deck to 215 feet to permit the passage of larger, more efficient vessels.

“The historic significance of the Bayonne Bridge has been preserved for generations to come, while bringing the bridge up to the latest standards in accessibility and including sufficient flexibility for future enhancements such as the addition of mass transit. This is a project of which the region can and should be extremely proud. On behalf of ISI, I am pleased to award this project with Envision Silver for sustainable infrastructure,” she added.

The project also includes wider lanes, shoulders, and median dividers, which together make the bridge safer for drivers, and features a new bikeway and an ADA-compliant walkway. The bridge was also designed not to preclude future mass transit service.

Additional factors that contributed to the project’s Envision Silver award include:

Photo courtesy of PANYNJ. It shows a 14,000+ TEU vessel (over 1200 feet long) transiting the Kill Van Kull under the newly-elevated Bayonne Bridge. At the time this photo was taken (2017), this was the largest ship ever to transit the newly-expanded Panama Canal.