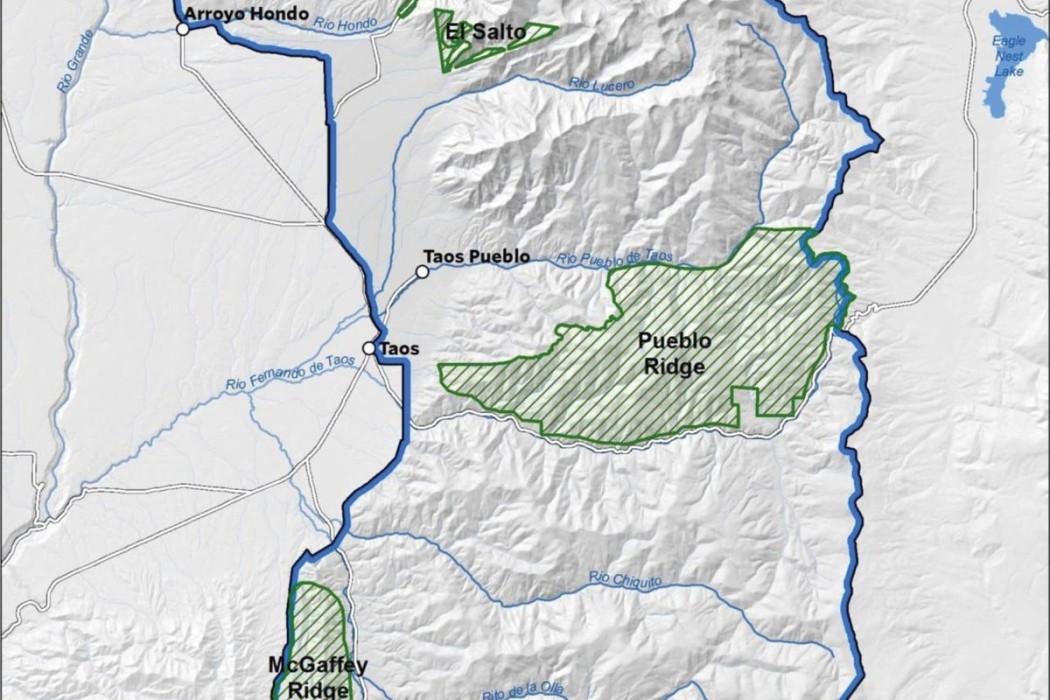 Vigor and resilience are two qualities that are severely lacking across the forests of the Río Grande Basin today, experts say. The vast majority of forests have become overcrowded, unhealthy and ripe for disaster.

A big part of the problem, U.S. Forest Service employee Jim Arciniega says, is that a lot of the forest looks too similar. “Homogeny allows any disturbance — fires and drought and bugs — to be really widespread,” Arciniega says as he stares toward a vista of thousands of acres of dense, unvarying piñon and juniper. If something were to happen to one part of that mountainside, there’s not much in the way to stop it.

In the midst of this slow-growing crisis comes the Río Grande Water Fund: a nonprofit public/private partnership founded with the mission of treating the forests and headwaters in the entire Río Grande Basin.

The primary goal of the fund is to ensure a reliable source of water for everyone who depends on the river and its tributaries.

In Taos County, a group calling itself the Taos Valley Watershed Coalition — made up of federal, state and local agencies, as well as nonprofits and private property owners — is among the first recipients of money from the fund to do actual work on the ground.

Last summer, the coalition proposed an ambitious plan for restoring forests, and protecting and improving water quality on the western slope of the Sangre de Cristo Range in the Taos area.