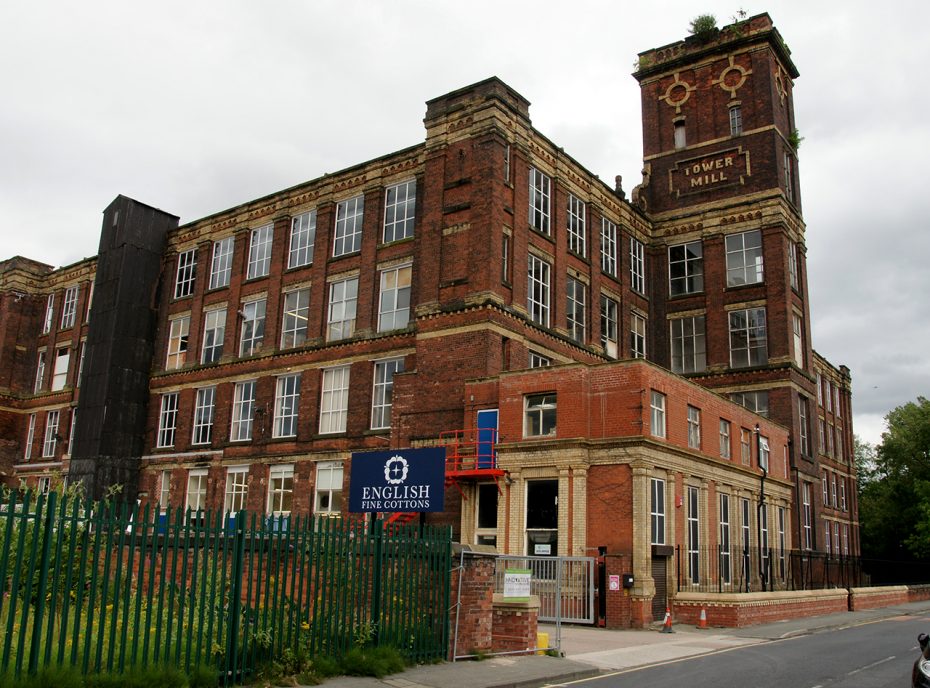 Cotton-spinning has returned to Manchester, England after a near-30 year hiatus after growing international demand for high-quality British textiles.

English Fine Cottons (EFC) has restored a mill in Dukinfield, to the east of Manchester, that was built in 1853 and stopped spinning a century later.

At the end of the 19th century about 80 per cent of cotton spinning in the world took place within 25 miles of Manchester, dubbed Cottonopolis.

The last commercial-scale mill is thought to have closed in 1989 owing to low-cost competition from India and China.

Though highly-automated, the £5.8 million project is expected to create 120 jobs over the next 18 months.

The Alliance Report last year said the UK textile sector could create up to 20,000 jobs by 2020 — worth £9 billion to the UK economy as production was reshored.

The company will make high-end yarn that will go to Germany, Switzerland, and Italy to be made into shirts and coats. It said Marks & Spencer and Burberry have already made inquiries about its range.

English Fine Cottons was ‘born’ when Culimeta-Saveguard Ltd (CSL) embarked on an ambitious project to bring cotton spinning back to the UK – its spiritual home.

The two driving forces behind the project were the strong global demand for luxury goods with the ‘Made in Britain’ stamp, and our desire to reverse the decline in the British textile industry.

We aim to enable UK designers and garment manufacturers to source home-spun superfine yarns – that are currently imported – so they can truly boast ‘Made in Britain’.

The new venture fits perfectly with our current business, spinning and processing technical fibre yarns. We operate from two neighbouring former cotton mills in Dukinfield, a small town east of Manchester that was once at the heart of the North West textiles industry.

For more than 20 years, we’ve worked from Tame Valley Mill, where we have an existing cotton ring spinning system that we inherited from the mill’s previous owners. This system, which we updated and converted to run modern technical fibres, was actually spinning cotton right-up until 1996. It was the last commercially operated cotton ring-spinning system in the UK.

In 2013, we acquired the mill next door to Tame Valley Mill. We have embarked on an ambitious restoration and renovation programme that is transforming Tower Mill, which was built in 1885, into a modern, state-of-the-art textile manufacturing facility.

Once English Fine Cottons is up-and-running, it will be the sole cotton spinner in the UK – quite different from when at its peak in 1800, the UK boasted 95 per cent of the world’s spindles.