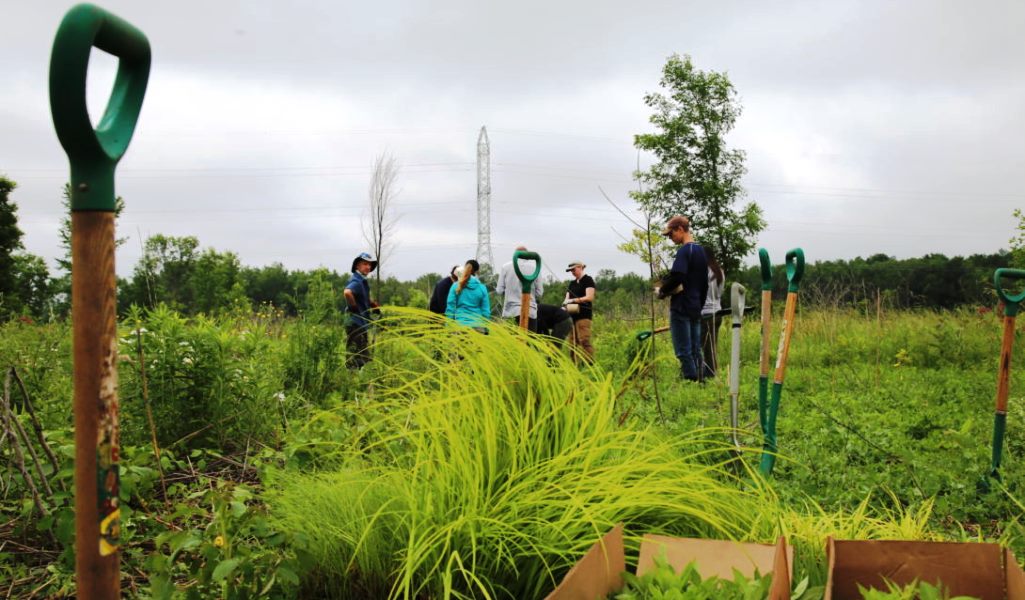 An hour north of Toronto, in Utopia, Ontario, Canada, the Nottawasaga Valley Conservation Authority (NVCA) has been working hard to live up to the town’s name, creating safer and healthier communities by making their 3700-square-kilometre watershed more resilient to climate impacts, urban growth and other threats.

As part of the Nature and Climate Grant Program’s (NCGP’s) first field season, the NVCA’s multifaceted “Take a Load Off” project reduced agricultural and development pressures on the Nottawasaga Valley watershed, which feeds 18 municipalities, three counties and Lake Huron. 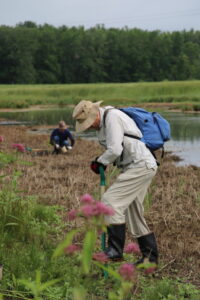 By engaging landowners, farmers and volunteers, NVCA was able to improve habitat for biodiversity and climate mitigation.

Using the power of nature 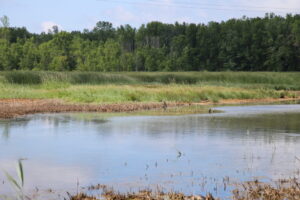 And with wildlife loss and climate change so closely intertwined, conservation efforts must tackle both crises at the same time.

That’s why the Nature and Climate Grant Program, presented by Aviva Canada, is focused on nature-based solutions like restoring degraded habitats, to both sequester carbon and safeguard wildlife.

The program now offers multiyear grants, and NVCA is back for the second round. It plans to build on last season’s momentum and carry out stewardship projects aimed at restoring another 99 hectares of wetland, river, forest, and grassland habitats.

They’ll be planting even more native trees and shrubs in forests and wetlands as well as using agricultural practices that create healthier, carbon-rich soils, which are more resilient to erosion and drought.

In the Upper Nottawasaga River and Sheldon Creek, they’ll also be collaborating with the Georgian Bay Métis community on tree planting and riverbank stabilization.

The ultimate goal is to cultivate “spongier” landscapes, making them more efficient at mitigating floods and sequestering carbon, while helping to recover the region’s biodiversity.

Through NVCA and their fellow Nature and Climate Grant Program recipients, WWF-Canada is supporting critical work throughout the country with meaningful, long-term benefits for local ecosystems, communities and the climate.

All photos are © Emily Vandermeer / WWF-Canada.

This article by Laurence Cayer-Desrosiers originally appeared on the WWF-Canada website. Reprinted here (with minor edits) by permission.