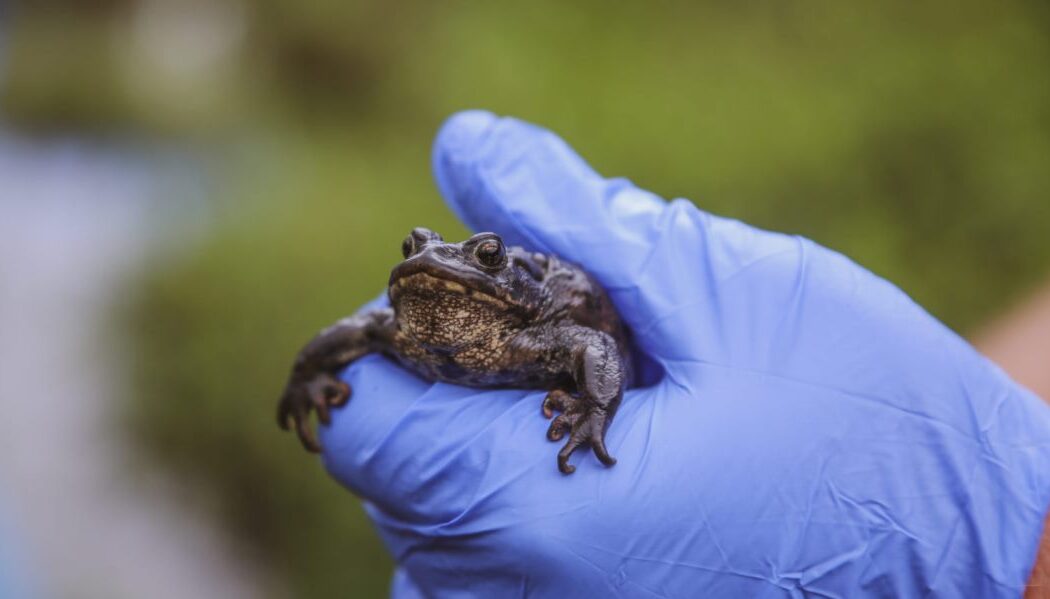 Starting with 95 adult toads from CPW’s Native Aquatic Species Restoration Facility in Alamosa, experts from the Zoo spent more than six months preparing the toads for breeding, and nurturing their offspring leading up to their release into the wild. 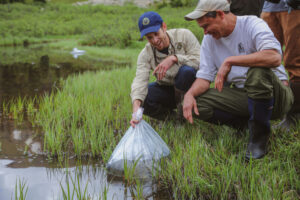 Now, on June 28, 2022, teams from Denver Zoo and CPW trekked into a remote site in Gunnison National Forest to introduce 570 tadpoles into wetlands that officials hope could eventually host an established population of rare amphibians.

“This was the result of a tremendous amount of hard work and planning by our partners at Colorado Parks & Wildlife, and members of our animal care and field conservation teams,” said Erica Elvove, Senior Vice President for Conservation Engagement and Impact at Denver Zoo.

“Boreal toads face an extremely uncertain future in Colorado and have a good chance of going extinct without human intervention. We’re committed to continuing this effort with CPW for many years to come, and doing our part to make sure the species remains part of Colorado’s ecosystem for future generations,” she added.

Once common in montane habitats between 7,000-12,000 feet in the Southern Rocky Mountains, the boreal toad has experienced dramatic population declines over the past two decades. The decline appears to be related to habitat loss and primarily infection by the chytrid fungus, which can infect the majority of the world’s 7000 amphibian species, and is linked to major population declines and extinctions globally. Officials estimate there may be as few as 800 wild adult toads left in Colorado. 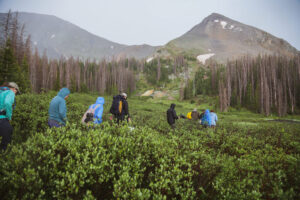 “It was a very special day to join our partners from Denver Zoo to release boreal toad tadpoles that the Zoo produced at their facility,” said Daniel Cammack, Southwest Region Native Aquatic Species Biologist with CPW.

“We’ve been stocking tadpoles at this site for about five years now, and we have high hopes that the tadpoles we introduced will contribute to a self-sustaining breeding population. It’s a pretty big win for boreal toad conservation,” he continued.

In 2019, Denver Zoo used a hormone treatment to breed and produce more than 600 boreal toads, which were released in a remote area in southwestern Utah. And in 2021, we successfully bred critically endangered Panamanian golden frogs as part of the Association of Zoos and Aquarium’s Species Survival Plan.

CPW has devoted significant resources in the past 20 years toward researching the cause of boreal toad declines in the state and exploring ways to recover the species. Specifically, CPW researchers focus on developing methodologies for reintroducing toads in historically occupied habitats, detecting chytrid fungus in the wild, marking and identifying individual toads, and improving breeding success at the Native Aquatic Species Restoration Facility, which plays a critical role in the state’s efforts to restore populations of boreal toads.

Denver Zoo experts estimate that it will take many years to bring the species back to a level where it is secure in the Southern Rocky Mountains, and expect the collaboration to be a multi-year program. Additionally, as part of the wild release program, they launched a community science project where volunteers monitor the species’ high-country habitat to help officials understand the health of current wild populations and determine suitable locations for future reintroduction of toads bred at the Zoo.