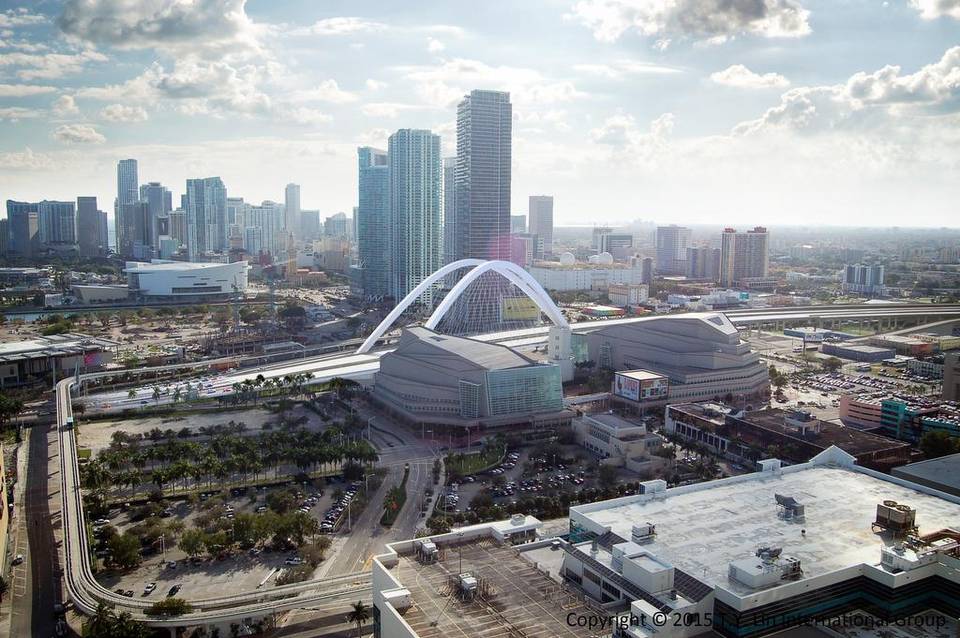 Florida officials are ready to bid-out the replacement of the disastrously-planned Interstate 395 highway that has been sabotaging downtown Miami for decades. But they aren’t sure what kind of design they are looking for.

The contentious and long-gestating project to replace the obsolete Interstate 395 span, which has cast a blighting shadow over downtown Miami and Overtown for decades, is finally on the verge of happening — but it’s still unclear precisely what will get built.

The Florida Department of Transportation is ready to go out to bid on a people-pleasing conceptual design that calls for replacing the existing 1.4-mile-long highway, which connects Interstate 95 with the McArthur Causeway, with a series of streamlined spans elevated over park-like, light-filled landscapes and culminating in a dramatically arching “signature bridge” structure over Biscayne Boulevard.

That concept, developed after scores of public meetings and a lawsuit by elected Miami officials against FDOT, would reclaim valuable urban land for public use while opening up and reconnecting some of the Overtown streets obliterated by massive embankments and forbidding overpasses when the span was built through the historic black neighborhood in the 1960s.

The key word, though, is “conceptual.” FDOT is seeking a contractor to both design and build the project, meaning the winner would still have to develop a workable blueprint within the $600 million budget, and the agency says there’s no guarantee it would exactly mirror the FDOT concept.