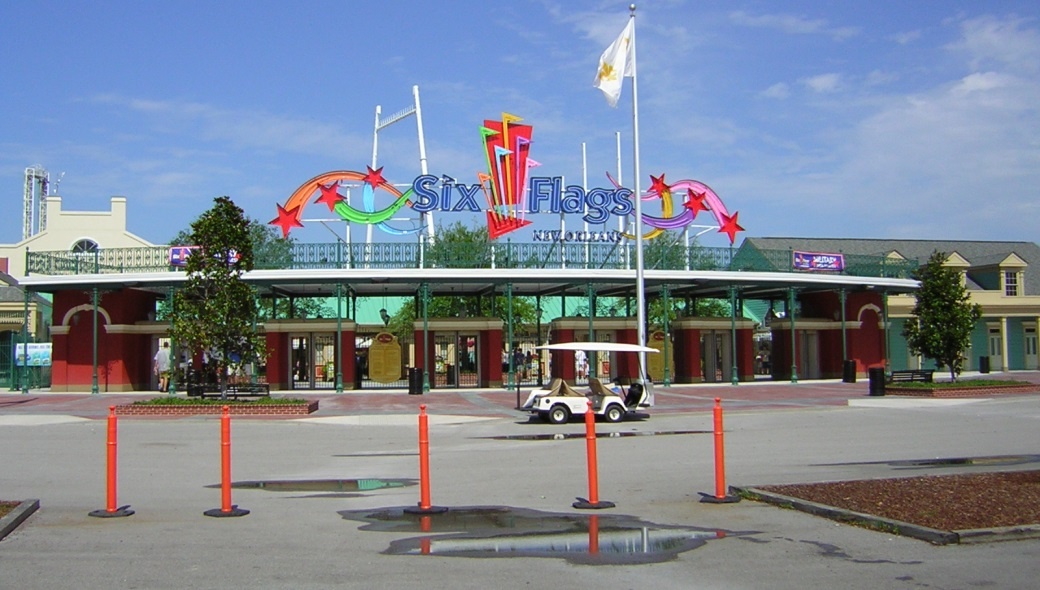 In New Orleans, Louisiana, the Six Flags site is a 227-acre property in New Orleans East at the intersection of Interstate-10 and Interstate-510 that originally opened in 2000 as the $130 million Jazzland theme park.

The amusement park was acquired by Six Flags in 2002, but did not reopen after Hurricane Katrina in 2005 and has remained shuttered since then. The Industrial Development Board (IDB) took title to the property in 2009, and the City is leading the redevelopment of the site on behalf of the IDB.

Now, on December 16, 2020, the City of New Orleans has released a Request for Qualifications (RFQ) to select a Master Developer for the redevelopment of the former Six Flags site. After more than a decade sitting vacant, the City is moving forward with a call to identify a qualified team that brings the experience, capacity and resources to create a transformative project at a key site for both the New Orleans East community and the city.

“The Six Flags site is a generational opportunity to create a transformative project at one of the best redevelopment sites in the region. While we are well aware of the historic challenges with the site, the City is deeply committed to ensuring that this solicitation results in the successful redevelopment of the Six Flags property. The City is looking forward to partnering with a development team that has a track record of success bringing multifaceted, forward-thinking projects to fruition that achieve the benefits of economic and community development, job creation, blue and green infrastructure, and more. Bringing this site back into commerce is a commitment of the Administration to the New Orleans East community and the City, and the first step in that process has been taken today,” said Jeff Schwartz, Director, Office of Economic Development.

The City has several objectives it hopes to achieve through the Six Flags RFQ:

“The New Orleans Business Alliance is excited to partner with the City to market the opportunity to redevelop this key site that serves as the gateway to New Orleans. NOLABA has cultivated a vast network of local, regional and national real estate development organizations and we’ll be activating that network throughout this process. Redevelopment of the Jazzland/Six Flags site has the potential to drive job growth, create opportunities for local neighborhood businesses and represent proof of the economic vitality for New Orleans East, the entire city and entire region,” said Quentin Messer, President and CEO, New Orleans Business Alliance.

The deadline for qualification submittals is February 9, 2021.

The City will be accepting applications through the City’s BRASS procurement portal: https://nola.gov/purchasing/brass.

Any questions about the solicitation can be directed to the City’s Procurement Office: https://nola.gov/purchasing.