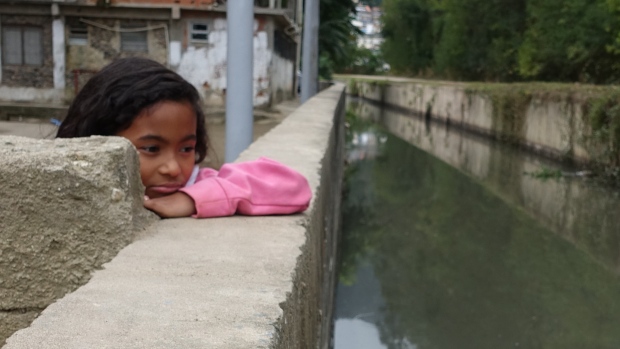 The response to the Olympics from many in Rio de Janeiro, Brazil is anger and frustration.

At an impoverished neighbourhood not far from the city’s new Olympic Park, raw sewage floats down a stream behind dilapidated housing teeming with children playing by the water, oblivious to the health threat it represents.

The Olympics, he said, “are so foreigners can come here and enjoy it all, while Brazilians bear the consequence of the government not spending on education, health care or sanitation.”

Somewhere between $10 billion and $12 billion has been spent on the Games in Brazil, but critics say that money should have been spent elsewhere.

Rio won’t be the only city to question their Olympic investment. Beijing spent $40 billion on theirs and got a mealy $174 back in revenue. Tourism can actually be crowded out by the hustle and bustle of the Olympics themselves – Beijing and London both saw fewer international visitors during the months they were hosting the Olympics in 2008 and 2012 compared to the same months in previous years, and Utah ski resorts noticed a dip in traffic during the 2001-02 ski season that coincided with the Salt Lake City games.

A few cities have had success generating future tourism business with the Olympics, notably Barcelona in 1992 which used the games to emerge from the shadow of nearby Madrid, another major tourist destination. Likewise, the Utah ski economy saw a boost in the years after 2002. But many other host cities like Calgary (1984) and Lillehammer (1994) have seen limited increases in tourism after their games.

In a recent interview with Time, Rio Mayor Eduardo Paes pointed to the construction of several major transport links and the redevelopment of the city’s rundown port as Olympic successes. The Games have not drained the public’s coffers, he told The Associated Press in June, but have instead helped boost investment in Rio.

He did add: “The Olympics were never a panacea for the city of Rio.”

Journalist and author Juliana Barbassa isn’t surprised at the public fury. She’s written extensively about Brazil’s poverty and corruption in the shadow of the Games.

“And what we got was a mega world party that cost a whole lot more than just doing those changes on their own.”

Even the new Olympic golf course continues to irk many. A sport played by almost no one in Brazil, golf is seen by many as a game strictly for the elite.

When plans for the golf course were announced, many denounced it for encroaching on a nature preserve, and the proposed site was slammed as an environmental crime.

“I think the Olympics [have] made Rio a more unequal city, a more unjust city,” said Barbassa. “That’s the legacy for the people of Rio.”

The balance of evidence is that the economic costs of hosting the Olympics far outpace the benefits, so why do cities bother to bid at all? One possibility is civic pride or the desire to affirm a city’s status as a “world city.”

On the positive side, concerns over the city’s Olympic legacy have led to numerous government pledges to upgrade Rio’s urban fabric. In addition to transportation, these pledges initially included promises for the planting of 24 million endemic tropical trees (later changed to 34 million) to offset Olympic carbon emissions as well as the cleaning of the Guanabara Bay and Jacarepaguá Lagoon.

They also sparked the Morar Carioca program, which endeavored to bring all of Rio’s favelas up to standard, from sewerage to clinics, through a highly participatory program that would pair communities with teams of architects versed in the principles of environmentally sustainable design (at his TED talk Mayor Paes declared Rio’s “aim to have all its favelas completely urbanized by 2020”).

This is significant; 24 percent of the city’s population live in favelas, over one thousand of them. No longer are the bulk of Rio’s favelas based on slum-like conditions, illegal occupations, or precarious materials.

If, after six years and tens of billions invested, Rio is arguably not better off (and arguably worse off), the bay more polluted, citizens more segregated, and transit the same, then a radically different governance style is all the more appealing.

Without intending to, the trials and tribulations of the Olympics have demonstrated the path to progressively care for Rio’s greatest psychological and physical sore spot—its favelas—and have them lead the way in modeling a new approach to city design that is genuinely inclusive and creative.

On a more concrete note, the expensive arenas will be reused, and were designed for repurposing. If history is any indication, Rio’s Olympic venues, could lie dormant. That’s been the case for most host cities.

Beijing’s Bird’s Nest stadium racks up $11 million in maintenance fees each year, despite sitting virtually empty. The venues for the 2004 games in Athens have become aging reminders of money that could have been better spent.

But Rio, determined to leave behind a more successful and sustainable legacy, plans to make some of its venues transformable through what the city’s mayor calls “nomadic architecture.”

For example, Rio’s Future Arena, which hosts the Olympic handball and the Paralympic goalball games, will be repurposed into four state-run schools in the nearby neighborhoods of Jacarepagua and Barra, and in São Cristóvão on the eastern coast. Each school will hold 500 students.

The arena was designed to be dual-purpose from the get-go, says Manuel Nogueira, the managing director of AndArchitect, the U.K. firm behind the design.

See article on the value to cities of hosting the Olympics.

See CityLab article on reuse of the stadiums.