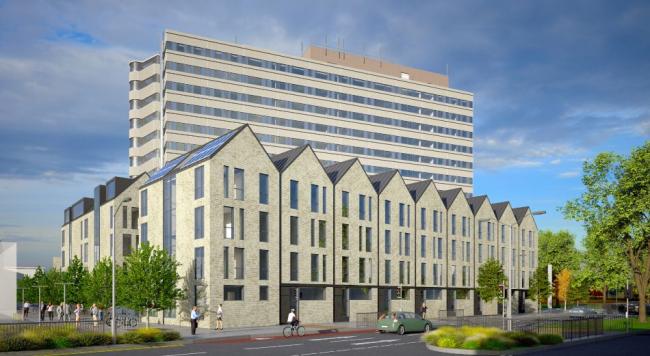 This is the vision to regenerate part of Southampton, England city centre and create more than 100 new homes.

Plans to tear down former shops and replace them with a flats complex rising to 11 storeys in height have been filed with the city council.

PHOTOS: What else is being built in Southampton? >> If approved, the new flats could be part of a major overhaul of the East Street area, which could feature a new supermarket alongside posh student flats.

Hampshire & Regional Property Group’s plans to redevelop the disused former shops in East Street were revealed in the Daily Echo earlier this year.

The developer is already building almost 300 flats and shops in a £60m complex at the nearby former Fruit and Vegetable Market.

The plans have been welcomed by retailer on East Street, one of the city’s busiest shopping thoroughfares, with Pink Broadway owner Nick Butt telling the Daily Echo that the plans could “completely regenerate the area“.