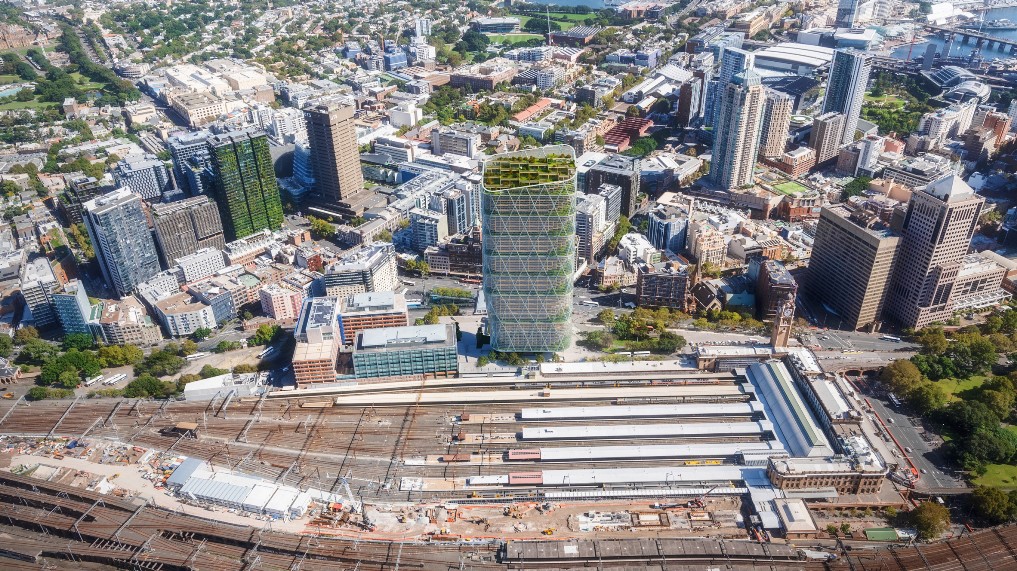 In Sydney, NSW, Australia, they are hoping that the largest technology hub of its kind in the nation—Tech Central—will become a world-class innovation and technology precinct. 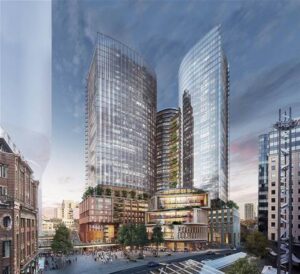 The state government has also rezoned the first piece of land for redevelopment as Atlassian’s 40-story “hybrid timber” tower.

In another example of the revitalizing “instant TOD” trend that we’ve been documenting here in REVITALIZATION—whereby new residential or mixed-use structures are built in the previously-wasted space above existing train station, Atlassian and the NSW Government have negotiated to develop and build the company’s new Australian headquarters above the YHA Central Railway Square.

The precinct will expand Sydney CBD’s (central business district) commercial core to the south and ensure that Central station remains and is enhanced as a key NSW transport hub.

A new $2.5 billion “Central Place” redevelopment by Dexus and Frasers property will sit alongside Atlassian’s tower, forming a central component of the rezoned sub-precinct at Railway Square.

NSW Premier Gladys Berejiklian says Tech Central will rival Silicon Valley as the place to be, establishing NSW as a global leader in innovation and technology.

“Technology and innovation are key planks of the government’s strategy to attract investment and create the jobs of the future for the people of NSW,” Berejiklian said.

“We have some brilliant tech innovators and entrepreneurs in our state and Tech Central will help us retain local talent and attract some of the brightest minds in the world. This will be more important than ever as we recover from the pandemic,” she added.

“That’s why we’re building this precinct. We want to create jobs, ideas and innovation. This will be home to thousands of workers and the best new ideas. If you want to work in tech – this is the place you will want to be,” Farquhar stated.

“Sydney has the potential to be one of the world’s leading technology cities and the creation of a tech precinct sends a loud signal that we’re in the race to take a slice of the world’s most valuable market. That’s an exciting place to be,” he added.

Back in June of 2020, the NSW Government announced $48.2 million in funding to bring Tech Central to life.

Tech Central is hoped to eventually provide 50,000 square meters of affordable space for start-up and scale-up businesses, and is predicted to bring up to 25,000 new jobs to NSW, further strengthening the state’s economic recovery from COVID-19.

“Today’s commitments show that Tech Central is moving from vision to reality. This will establish Sydney as a major player on the global tech scene,” Ayres said.

“This will be the largest hub of its kind in Australia, a home for tech giants, new and innovative startups and leading talent all in one place, right here in NSW,” he concluded.

The NSW Government is working to secure further agreements with other anchor tenants.