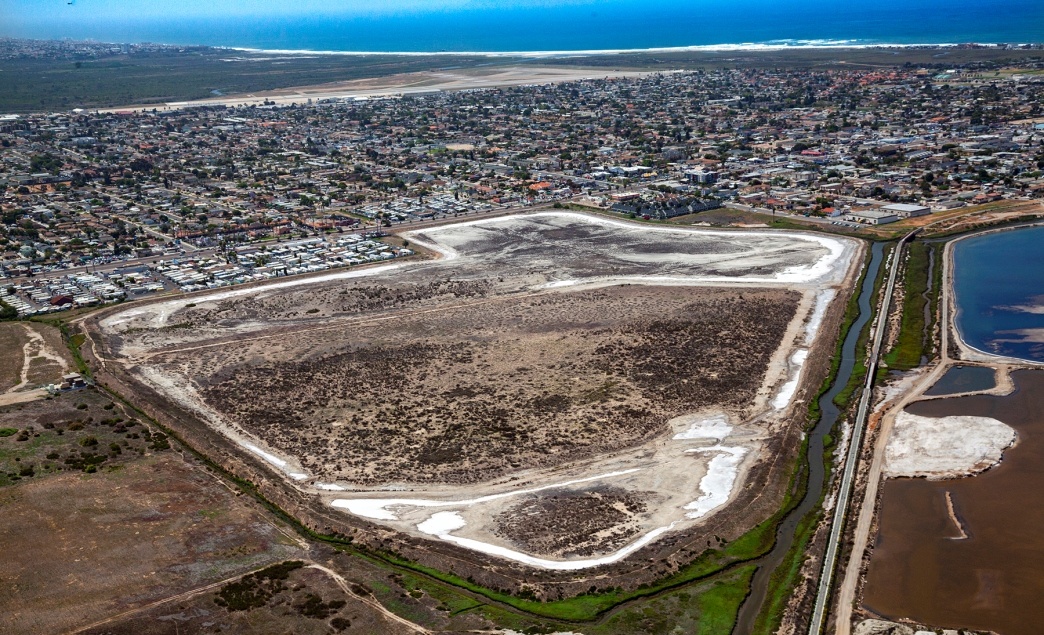 In California on March 10, 2021, as part of efforts to revive San Diego Bay’s natural resources, the Port of San Diego Board of Port Commissioners approved a Memorandum of Understanding (MOU) with the U.S. Fish & Wildlife Service San Diego National Wildlife Refuge Complex and Poseidon Resources to coordinate on wetlands restoration and enhancement in south San Diego Bay.

“Our three parties have a shared goal to restore and enhance the area’s ecosystem functions and protect, preserve, manage, and restore wildlife habitats while maintaining biological diversity of native plants and animals,” said Commissioner Dan Malcolm, Imperial Beach’s representative on the Port of San Diego Board of Port Commissioners.

“This agreement is one of many efforts the Port is making towards ensuring conservation and enhancement of the bay’s natural resources and that restoration of the South Bay is pursued in the most effective manner possible. We’ve also initiated programs this year related to shoreline stabilization, coastal access, climate change, and coastal resiliency, all in support of creating and maintaining a thriving, sustainable waterfront,” he added. 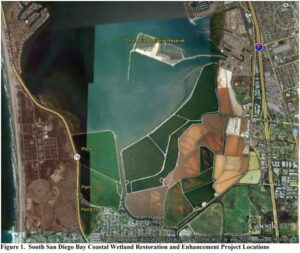 The MOU allows the three parties to share information, consult and coordinate on implementation, and collaborate on the design, construction, and long-term monitoring of south San Diego Bay restoration, including the Refuge and Poseidon’s Otay River Estuary Restoration Project (ORERP) and, as may be approved by the Port’s Board of Port Commissioners, the Port’s proposed Wetland Mitigation Bank at Pond 20.

The parties to the MOU have a shared interest in restoration of the South Bay and will work cooperatively to provide maximum benefits to the area’s natural resources, creating greater ecological function, and promoting biodiversity and sustainability.

The Port’s proposed wetland mitigation bank is located in the southern portion of Pond 20, a former evaporation salt pond currently isolated from tidal influence with minimal habitat value, located in south San Diego Bay just north of Palm Avenue in Imperial Beach. The ORERP includes two sites – one south of the Chula Vista Bayfront and the second in the northern portion of Pond 20. Together, the project sites span portions of the San Diego Bay National Wildlife Refuge, and the Otay Nestor area of San Diego, adjacent to Imperial Beach.

“So much focus has been placed on the regional importance of Poseidon’s Claude “Bud” Lewis Carlsbad Desalination Plant in terms of a drought-proof water supply, but equally important for San Diego County is the contribution the project will make in restoring and enhancing critically important coastal wetlands habitats,” said Josie McKinley, Poseidon Water.

“The mitigation for the desalination plant operations, along with the mitigation bank proposed by the Port of San Diego, will restore and enhance more than 200 acres of critically important coastal wetlands habitat providing significant positive impacts on bird, fish, and plant populations and on the overall health of the south San Diego Bay,” she continued.

The Port, the Refuge, and Poseidon have been working cooperatively together since 2010 on environmental conservation through planning and entitlements for the ORERP, which will restore approximately 125 acres of coastal wetland and upland habitats for the benefit of native fish, migratory birds, and other coastal dependent species. As the next step, the newly approved MOU continues the relationship and coordination in planning efforts with the Port, including, information sharing and cooperation on South Bay restoration.

The Port’s potential 83.5-acre Wetland Mitigation Bank at Pond 20 would be the first of its kind in San Diego Bay and will be a future catalyst supporting valuable ecosystem services such as protection from storm surges and erosion, increased biodiversity, improved water quality, increased carbon sequestration capacity, while providing pathways for additional mitigation banks.

“The partnership among the Port of San Diego, Poseidon Resources, and the Refuge is a remarkable opportunity to restore over 200 acres of salt marsh habitat in south San Diego Bay,” said Refuge Project Leader Andy Yuen.

“We appreciate the initiative of Poseidon Resources to plan, permit, and construct valuable salt marsh habitats in the Otay River floodplain and at Pond 15 and the leadership and vision of the Port of San Diego to develop the proposed Wetland Mitigation Bank at Pond 20. We look forward to working with Poseidon and the Port in bringing back fishes, birds, and other wildlife to these areas in south San Diego Bay,” he added.

As part of the MOU, the Refuge will make available existing data and biological studies to aid in planning and implementation, act as the lead agency under National Environmental Policy Act, and assist in the coordination with state and federal agencies to obtain permits for the two projects. Poseidon will implement the ORERP consistent with its permit requirements and provide resources to implement the restoration, monitoring, reporting and maintenance of the restoration projects.

The ORERP is anticipated to meet Poseidon’s mitigation requirements for their desalination facility in Carlsbad, which supplies 50 million gallons per day of fresh drinking water to San Diego County residents and eight percent of the county’s total drinking water.

The Port published a Draft Environmental Impact Report (EIR) for the proposed Wetland Mitigation Bank at Pond 20 project in August 2020 and anticipates presenting the Final EIR for Board certification at the April Board meeting. When fully approved for construction, compensatory mitigation credits are anticipated to be available to mitigate for impacts to coastal areas and related watersheds within Southern California.