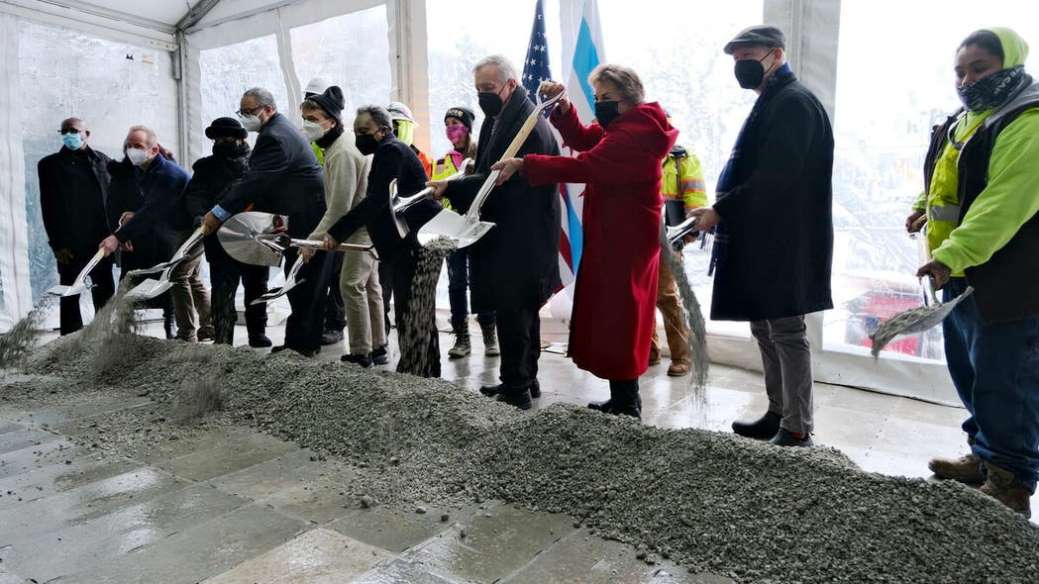 The North Belmont Red-Purple Reconstruction project will remove a curvature in the tracks between Belmont and Addison station, allowing CTA to improve its service throughout the transit system. 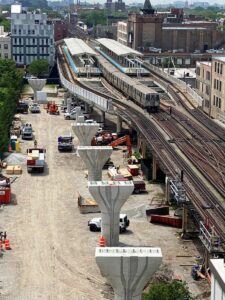 The Red-Purple Bypass (RPM), which began service in November 2021, is the first major improvement to be delivered to CTA customers as part of the historic $2.1 billion Red and Purple Modernization (RPM) Phase One project.

The largest reconstruction project in CTA’s history, RPM is modernizing and replacing 100-year-old rail structures and stations to improve rail service reliability, comfort and convenience for CTA customers. The new bypass is the first new, permanent mainline track to be added to CTA since the Orange Line opened in 1993.

“The reconstruction of the Red Line in our transportation and trail system has been long overdue,” said Mayor Lightfoot. “Our city and our residents deserve an easily accessible and reliable CTA commute, and I’m thrilled to see the continued improvement and modernization of one of the busiest ‘L’ lines. I’m proud of the progress CTA has made with the RPM project and beyond confident this bypass will benefit every single person who uses our transit system in the City.”

The new Red-Purple Bypass is an important part of CTA’s work to improve Red Line service throughout the region. The bypass eliminates a 115-year-old rail junction that had become a chokepoint for service across the CTA rail system and will allow CTA to add rail service during busy travel periods and reduce overcrowding and delays.

“The Red and Purple Modernization program is a transformational project that will allow the CTA to provide more accessible and reliable service for decades to come,” Sen. Durbin said.

“The progress that we’re celebrating today is due in large part to the more than $1 billion in federal funding that the Chicago Congressional delegation worked to bring to Chicago for these infrastructure improvements. I’ve been proud to support the RPM program and I will continue to advocate on behalf of the people of Illinois to bring more federal funds home to support our transit systems,” he added.

The bypass is the first major piece of work completed during Phase One of RPM, a transformational project that is rebuilding century-old rail structure and CTA stations, improving the reliability, comfort and convenience of CTA service for decades to come. RPM is the latest project to modernize the Red Line, CTA’s busiest line that serves more than 30 percent of all rail customers. 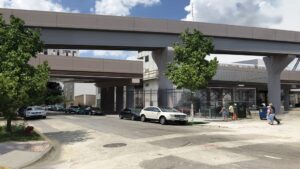 “Reliable, safe, and affordable transportation is an indispensable resource for Chicago. The Red and Purple Modernization Project is an impressive effort to make our city’s public transportation even more accessible and to grow our local economy,” said Rep. Mike Quigley. “As a member of the Appropriations Committee, I am proud to have helped secure funding that has contributed to this project and I am dedicated to working to ensure that CTA has every penny it needs to continue serving as an example to other metro areas.”

“We are getting Chicago moving again with today’s announcement,” said Congresswoman Schakowsky. “Public transit is an essential service and this new train bypass will save riders 500 million travel hours each year. It will enable CTA to run eight more Red Line trains per hour during rush hour. This project demonstrates our commitment to investing in the fundamental infrastructure that keeps our communities connected. I look forward to continuing our work to improve our public transit and make it safe and efficient for all.”

“Our customers will see a noticeable improvement in CTA service, with increased access to trains, shorter commute times and less crowding on trains and station platforms,” said Carter. “I thank Mayor Lightfoot, Sen. Durbin and the Illinois congressional delegation for supporting this project and making it possible to build RPM. What’s more, I’m proud that the benefits of RPM extend beyond Red and Purple Line riders to the small businesses and workers across the city that are participating in this project — creating an unmatched model for job training and contract opportunities that is contributing to greater inclusion and equity in Chicago.”

The Red-Purple Bypass Project includes the new Red-Purple Bypass, which carries the Kimball-bound (northbound) Brown Line trains over north-and southbound Red and Purple Line tracks just north of Belmont station. It replaces the antiquated “Clark Junction” that was built in 1907 to connect what was then the Ravenswood Line (today called the Brown Line) to the Red and Purple lines, which began rail service in 1900.

Benefits of the bypass include allowing CTA to add trains during the busiest commute periods, eliminating capacity restrictions on CTA that were caused by the antiquated rail junction. The bypass will also provide quicker, more reliable service because Kimball-bound trains and Red and Purple trains will no longer have to stop and wait for each other to cross the junction.

Beginning February 2022, CTA will demolish, rebuild and realign the 100-year-old Red and Purple Line tracks between Belmont station and W Cornelia Ave. The Red and Purple tracks north of Belmont are more than a century old and contain a curve that slows train speeds.

By rebuilding these structures, CTA can increase train speeds and improve service reliability, and comfort. This work is expected to begin next month and continue through 2025.

The CTA’s Red Line is CTA’s busiest rail line, historically providing more than 67 million rides a year and serving some of the most densely populated neighborhoods in the U.S.

The entire RPM program includes rebuilding all Red and Purple Line track structures and stations from Belmont to Linden in Wilmette. Because of the scale of work, RPM will be completed in phases. RPM Phase One Project includes three major components:

The project has been an economic engine for development of neighborhoods in the project corridor and throughout the City of Chicago. CTA works with two workforce assistance agencies, HIRE360 and the Chicago Cook Workforce Partnership, to recruit economically disadvantaged candidates for career opportunities related to RPM and other large projects. Additional workforce events and programs have included professional career opportunity events with local contractors and trade unions, as well as “Tracks to Trades”, a webinar series to educate Chicago Public School high school students about the construction industry and entering the building trades as a profession post-high school.

CTA launched its “CTA Building Small Businesses” program in 2019 to increase the number of small businesses participating in the RPM and other major capital projects. The program has provided technical and funding assistance to more than 100 small businesses.