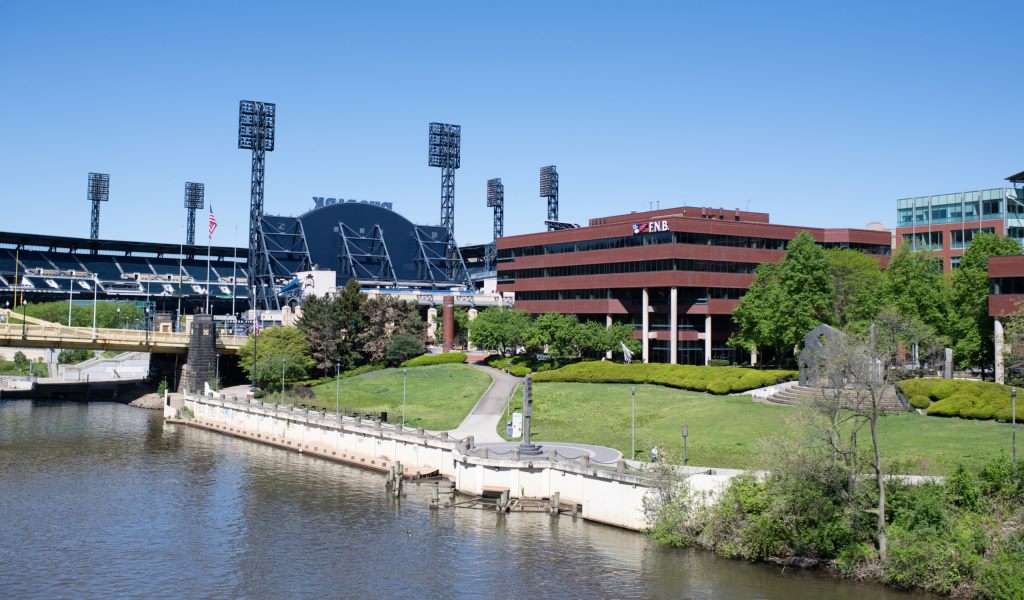 In Pittsburgh, Pennsylvania, Allegheny Landing is one of the city’s most photogenic (and photographed) riverfront parks. It helped revitalize the city’s North Shore, and now is in need of revitalization itself.

Situated on Pittsburgh’s North Shore between the Roberto Clemente Bridge and the Andy Warhol Bridge next to PNC Park, its location on the northern bank of the Allegheny River across from Downtown gives it breathtaking views of the water and city skyline. This is a park that appeals to urban romantics and Instagrammers alike. 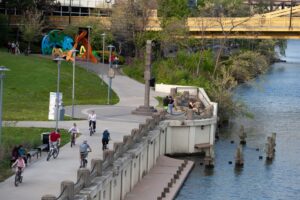 Over the past several decades, Allegheny Landing has become a well-used node of Pittsburgh’s riverfront trail system. But near-continuous use and deferred maintenance have left the park “loved to death” and in dire need of improvements.

Since 2010, Riverlife has led the renovation effort for the City-owned park. Accomplishments include the restoration of the dock and Ned Smyth’s Piazza Lavoro, riverfront landscaping including green infrastructure, and riverfront trail redevelopment.

These improvements are part of a master planning process to bring back vibrancy and care to Allegheny Landing, revitalizing the park for a new era.

One of Pittsburgh’s first modern riverfront parks, it’s due for some upgrades. Years of continuous use and deferred maintenance have really taken a toll on this beloved public space on the North Shore near PNC Park.

That’s why Riverlife and the City of Pittsburgh are working on a master plan to make repairs to the park while also making it more accessible and welcoming to everyone.

The revitalization of Allegheny Landing is part of Riverlife’s “Completing the Loop” vision to create a signature destination on the riverfront and fill in the missing gaps in Downtown’s 15-mile riverfront loop experience. 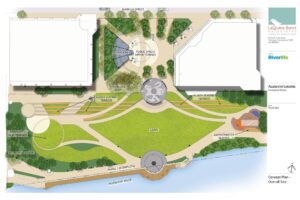 Earlier this month, Riverlife teamed up with the Department of Public Works to remove a fountain which had been an out-of-order eyesore for decades. Its removal has created new space for programming and events in the upper plaza.