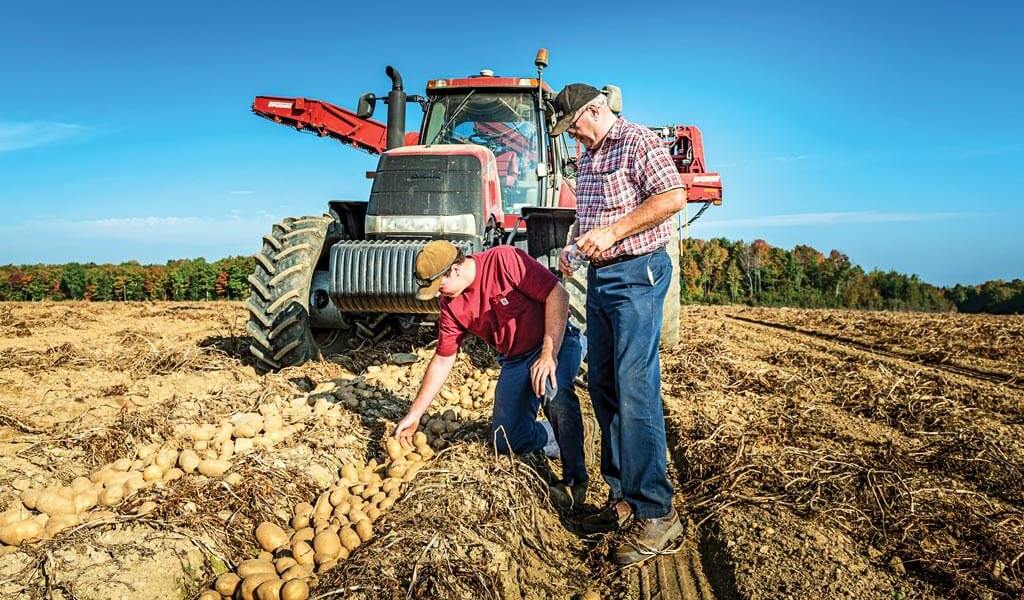 The latest news is that, by the end of this decade, every potato that becomes McCain Foods‘ Superfries, Bistro fries, potato patties, Smiles, Tasti Taters or homefries will be from a farm using regenerative agricultural practices.

As part of the June 2021 release of McCain’s 2020 Global Sustainability report Together, Towards Planet-Friendly Food, the company is pledging that it will be implementing regenerative agricultural practices across 100 per cent of its potato acreage—representing 370,000 acres worldwide—by 2030. This transition will restore and protect soil health and quality and look to natural processes to control pests, prevent plant disease and strengthen crops against severe weather events.

“The pandemic has put a spotlight squarely on the precarious nature of our global food system,” says Max Koeune, Chief Executive Officer of McCain.

“But the largest challenges we face are related to climate change. It’s estimated that a quarter of man-made carbon emissions come from the production of food, and if we have to grow more food to feed more people, that will only intensify. If we don’t transform the way we grow food, the whole system is at risk of suffering irreparable damage,” he added.

Regenerative agriculture calls back to a time when farming was based more on biology than chemistry, with a focus on soil health and quality. A sustainable farming practice, Regenerative agriculture promotes biodiversity, more plant cover on fields throughout the year, minimizing soil disturbances and maximizing crop diversity as a way to increase water efficiency, protect against erosion, pump more nutrients into the earth, create greater resilience to droughts and floods, capture more carbon and increase the yield and quality per acre.

McCain’s annual Global Sustainability Report tracks the progress of commitments made in its initial sustainability report issued last year, and makes a series of new commitments to help it move towards is climate objectives.

“Our Global Sustainability Report is an annual progress report for McCain to keep track of the commitments and goals we have set,” says Charlie Angelakos, Vice-President of Global External Affairs and Sustainability for McCain. “With additional commitments between now and 2030, we are proud to play a role in combatting climate change and discovering a more sustainable way to farm.”

Among the commitments in this year’s update beyond its Regenerative agriculture pledge are:

McCain has also tracked its progress against commitments it made in its inaugural Global Sustainability Report last year, including:

“Our belief in Regenerative agriculture goes back to our roots as a farm business,” says Mr. Koeune. “As a global leader in food production, McCain has a responsibility to re-imagine the way we grow a potato in a way that is beneficial for both the planet, and the communities where we operate. We have to act today to make things better tomorrow.”