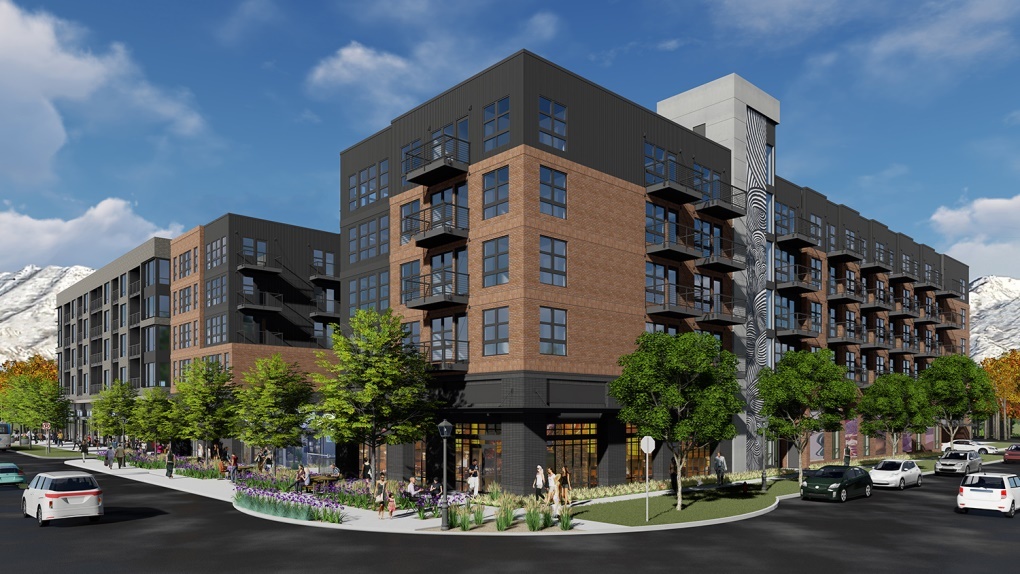 This new community, called Slate, is being created by Urban Alfandre and Gardner Batt, and is designed by KTGY. It’s expected to be completed by the end of 2022. 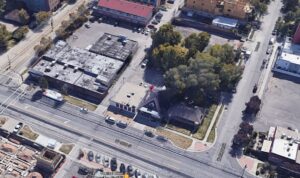 According to Nathan Sciarra, AIA, NCARB, a principal in KTGY’s Denver office, Slate is designed to be a transit-rich community that leverages the location and urban amenities of the Central Ninth neighborhood to provide a way for residents to live a vibrant, urban and car-free lifestyle.

Residents of Slate will be served by all three of the UTA Trax light rail lines and a frequent service bus route.

Located at 900 South 300 West, the five-story development known as Slate is situated on approximately .73 acres at the intersection of Washington Street and 900 South.

The infill site was an assembly of four parcels in the heart of the Central Ninth neighborhood and wraps the existing Central Water and The Shop SLC-occupied building at 227 West 900 South, which will remain. 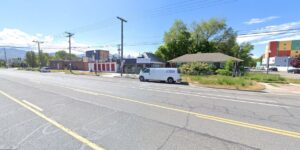 “Smaller, more affordable units, an array of amenities, and an active ground level dense with commercial space make for a rich community livening the surrounding area and drawing a diverse crowd,” noted Sciarra.

Slate features unit sizes varying from 346 to 934 square feet, intended to meet the needs of young professionals. Private residential amenities on the second level include a courtyard with a spa, a two-level clubhouse, and fitness and wellness areas. The leasing office, retail and the co-working office space are located on the street level.

“The commercial space, particularly as it extends further south on 200 West, will meet the purposes of the underlying zone by creating people-oriented places. The residential units on the upper floors are providing a housing type desired in this high-amenity area heavily served by transit,” added Sciarra. “The additional commercial space, art, and the extension of the metal panel and wall mural along the stair tower provide breaks in the façade and create visual interest.”

Slate is an excellent example of an urban infill development using underutilized land near transit and city amenities.

Rendering courtesy of KTGY. Images of site prior to redevelopment are via Google Maps.