On October 20, 2021, Heritage Ohio presented the Best Commercial Rehabilitation Award to “those who use the proper preservation techniques to complete a total building rehabilitation.”

This year’s recipients were Ethos Capital Partners LLC, GBX Group LLC, and LDA architects, Inc. for their combined efforts on the 2125 Superior Living project at 2125 Superior Avenue in Cleveland, Ohio.

The 2125 Superior Living project is a critical component in the revitalization of the Superior Arts District. 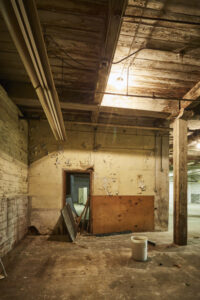 It joins the recently announced groundbreaking of CrossCountry Mortgage, LLC, a leading national home mortgage provider that will initially employ 600 associates at its new headquarters campus.

Future plans for the Superior Arts District include the transformation of the Artcraft Building, the largest building in the district, into 159 apartments.

The City of Cleveland has also announced ambitious plans for the Midway project, a protected bike lane down the center of Superior Avenue, connecting Public Square to East 55th Street.

In presenting the award, Heritage Ohio officials stated: “For taking two distressed buildings and turning them into 57 high-end apartments and a café for not only residents but the community, to enjoy, the 2125 Superior Living project was nominated for this award. This project has created jobs, sparked interest in historic Cleveland neighborhoods, and restored community to Cleveland’s Superior Arts District while incorporating historic preservation tax incentives.” 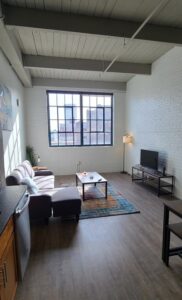 The award was announced on the opening day of Heritage Ohio’s Annual Preservation and Revitalization Conference held October 18th-20th in Springfield, Ohio.

Heritage Ohio prompts economic growth through the preservation and revitalization of downtowns and neighborhoods across Ohio. Heritage Ohio is the designated statewide Ohio preservation partner with the National Trust for Historic Preservation. Through saving the places that matter, we can all build a community and live better. Learn more about Heritage Ohio.

All photos courtesy of GBX Group.