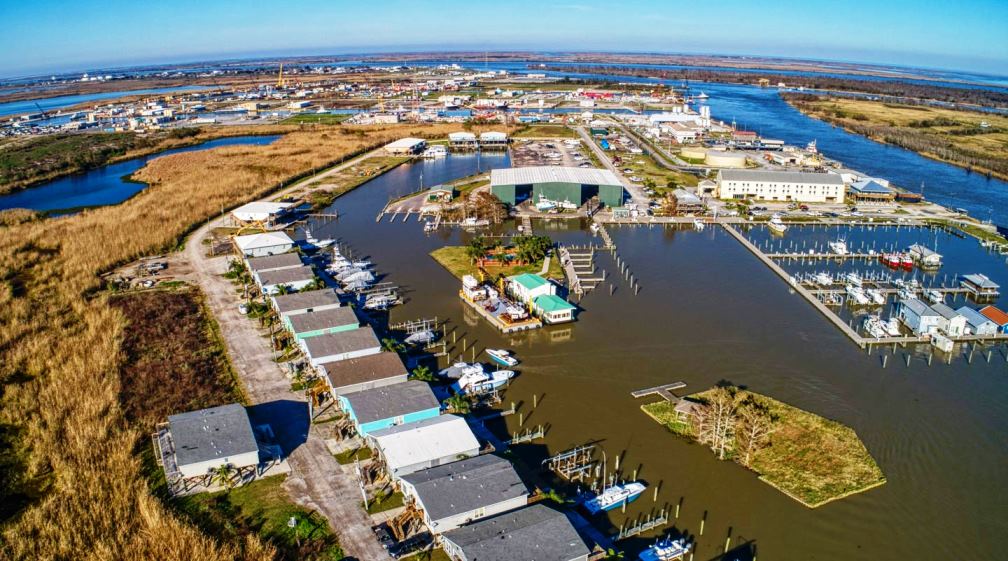 On May 19, 2021, Louisiana Governor John Bel Edwards announced that three large-scale coastal restoration projects are now under construction. They will restore over 2900 acres of beach, dune, marsh and ridge in four parishes in Southeast Louisiana.

“The rebuilding of one of our most important barrier islands in West Grand Terre, along with the restoration of crucial marshland in Spanish Pass and Golden Triangle, are major components in our long-term approach to creating a sustainable coast,” said Gov. Edwards.

“I’d like to commend CPRA for planning and aggressively advancing these strategic coastal restoration projects to construction. We look forward to watching the continued progress on these projects throughout the year,” he added.

All three projects are being accomplished using $256.6 million in funds resulting from the aftermath of the Deepwater Horizon oil spill.

“Restoring the Golden Triangle is incredibly important to the people of St. Bernard Parish,” said St. Bernard Parish President Guy McInnis. “The restored marsh will help buffer the recently constructed surge barrier, protecting some of the most populated areas of St. Bernard, and will eventually provide important estuarine habitat for Lake Borgne.”

The funds are administered and approved for use by the Gulf Coast Ecosystem Restoration Council (RESTORE Act), the National Resource Damage Assessment (NRDA), and the Louisiana Trustee Implementation Group (LA TIG).

“Today we’re announcing not one but three major restoration projects advancing to construction in Coastal Louisiana,” said CPRA Chairman Chip Kline. “West Grand Terre is one of the most historically and ecologically significant barrier islands in Louisiana, and the marsh and ridge restorations of Spanish Pass and Golden Triangle are similarly vital. Today marks an important step forward in protecting and preserving our coastline for generations to come.”

The Spanish Pass Increment of the Barataria Basin Ridge and Marsh Creation Project will build more than 1,500 acres of marsh and 132 acres of ridge west of Venice in Plaquemines Parish. The project is part of a large-scale restoration strategy to address land loss in Barataria Basin, where over 10,000 acres of land have been restored since 2007. The estimated total project cost of $100 million is being funded through NRDA.

“I am delighted to see this massive use of sediment dredged from the Mississippi River used to restore the ecosystem of Venice, one of Louisiana’s most-important commercial hubs,” said Plaquemines Parish President Kirk Lepine. “This project not only borders Venice, it is also adjacent to the earlier Grand Liard Marsh and Ridge restoration just to the north. Their combined benefits will be appreciated for years to come.”

The West Grand Terre Beach Nourishment and Stabilization project, located in Jefferson Parish northeast of Grand Isle, will address the area’s significant shoreline erosion and marsh subsidence by restoring over 371 acres of beach and dune and 160 acres of back barrier marsh.

“The marshes and bayous along Louisiana’s coast serve as the gateway to Jefferson Parish’s rich cultural legacy. This $102 million project on the West Grand Terre Barrier Island is vitally important not only to restore critical habitat for endangered species; but to also secure one of the State’s most valuable assets,” said Jefferson Parish President Cynthia Lee Sheng. “The CPRA has completed 22 projects in Jefferson Parish since 2008, and has been an instrumental partner in our fight for coastal restoration. Projects like this are critical in addressing our significant shoreline erosion and marsh subsidence.”

Using over 2.9 million cubic yards of material, the West Grand Terre project will construct marsh containment dikes and rock breakwaters to allow for land building and increased protection from wave impacts and storm surge. The estimated total project cost of $102 million is being funded through RESTORE and NRDA.

“As we begin another hurricane season, there is no better time to invest in the protection and sustainability of the hundreds of acres of marsh habitat that help mitigate the effects from damaging weather events we see each year,” said Mayor LaToya Cantrell.

“New Orleans is a coastal city on the frontlines of climate change, and we stand with the Governor and our regional partners to do everything we can to fight coastal land loss. We are grateful for the added level of hurricane protection and levee system support this restoration project will bring to our parish and our neighbors in St. Bernard,” she concluded.

By creating and nourishing over 770 acres of marsh habitat, the Golden Triangle Marsh Creation project will reduce storm surge, increase flood protection and restore estuary habitat in Orleans and St. Bernard parishes. The project will support the New Orleans hurricane protection and levee system by restoring the wetland buffer that acts as the area’s first line of defense against dangerous storm surge. NRDA is funding the estimated total project cost of $54 million.

Photo of Venice, Louisiana is courtesy of FishingBooker.com.