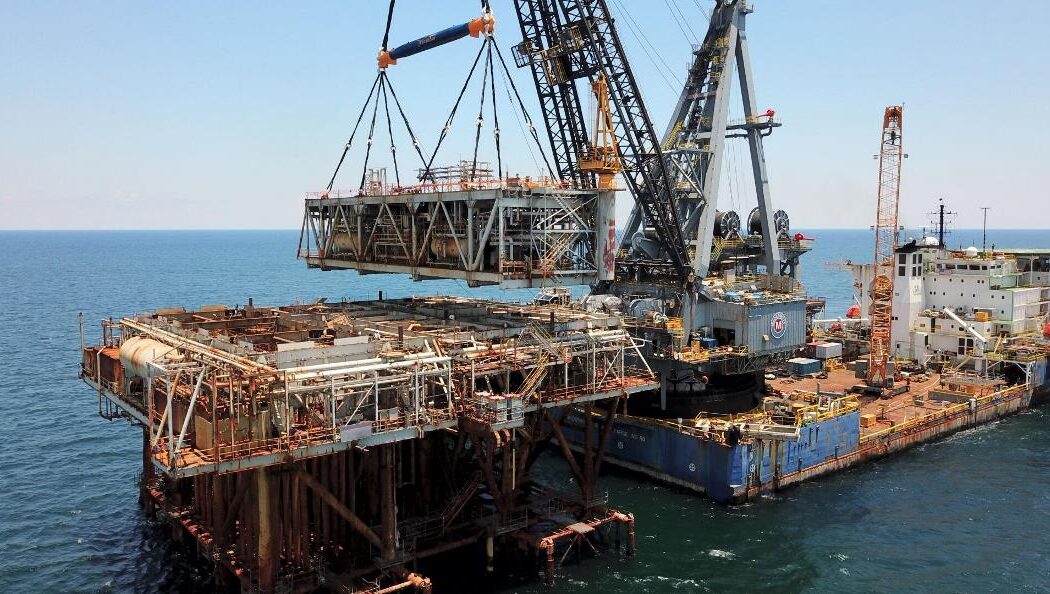 In Louisiana in October of 2020, the Bureau of Safety and Environmental Enforcement (BSEE) approved the conversion of ExxonMobil’s Lena Compliant Tower (Lena) platform into an artificial reef under the bureau’s Rigs-to-Reefs Program, and the platform jacket was toppled-in-place to create a new reef site in the Gulf of Mexico Outer Continental Shelf (OCS).

BSEE approved the jacket reefing procedure after reviewing ExxonMobil’s platform removal application. The Lena platform is now the tallest oil and gas platform in the Gulf of Mexico to become a deepwater reef. BSEE has approved over 500 Rigs-to-Reefs projects in the Gulf since 1987, with 47 of those just in the last three years. 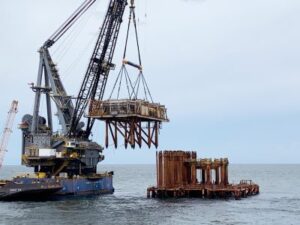 “It demonstrates how the oil and gas industry and federal and state governments work together to help preserve the marine environment in the Gulf of Mexico. While the Rigs-to-Reefs program will always be important to the nation, it also has sentimental value to me as my late father, J. Burton Angelle, Sr., was the Secretary of the Louisiana Department of Wildlife and Fisheries when Louisiana partnered with the MMS to help establish and maintain the Louisiana Artificial Reef Plan. It is gratifying to be working on a program that meant so much to my dad and means so much to the fishing industry and fishing economy,” he explained.

The Lena platform is located about 50 miles southeast of Grand Isle, Louisiana in the Mississippi Canyon Area, Block 280. It was the world’s first cable-stabilized production platform in the Gulf, installed in 1983 in 1000 feet of water. The structure was originally 1078 feet tall and weighed 27,000 tons. With the decks and drilling rig added, the Lena stood 1300 feet tall – 50 feet higher than the Empire State Building. It enjoyed a productive 35-year life span, generating revenue from oil and natural gas sales through 2016. Its decommissioning began in 2017.

BSEE’s Rigs-to-Reefs program was developed by the Minerals Management Service (MMS), BSEE’s predecessor agency, after it became official federal policy in the mid-1980s under the National Artificial Reef Plan.

BSEE works with a national consortium of federal and state agencies that seek to convert decommissioned offshore oil and gas platforms jackets into reef material for enhancement of federal and state-endorsed reef sites that support ecosystem development, recreational fishing and diving, and critical research.

“Rigs to Reefs creates a solution out of a problem and delivers a sustainable win-win for the Gulf ecosystem and the sportfishing economy. Turning decommissioned offshore platforms, like the Lena platform, into thriving reef environments is a game changer for the preservation of different species — elevating the fishing industry and the important economic activity that comes with it,” said Congressman Garret Graves.

“The more we build upon the successes of the Rigs-to-Reef program, the longer it keeps Louisiana a top competitor in the energy and fishing industries, both of which power our local economies across South Louisiana,” he added.

During the life of a platform, marine organisms attach themselves to the underwater portions of these platforms, which provide shelter for marine life, thus creating new artificial reefs. All coastal states in the U.S. have some type of artificial reef program, although only the five Gulf Coast states have oil and gas platform structures as their main reef sources associated with the Rigs-to-Reefs program, primarily Louisiana and Texas.

BSEE and ExxonMobil have been working with the LDWF on the decommissioning and proposed reefing of the Lena platform for more than five years. The LDWF will be the manager and owner of the Lena platform jacket after the site has been surveyed and cleared, most likely in early 2021.

“We’re proud of our partnerships with BSEE and LDWF and our commitment to protect and preserve the environments in which we operate,” said Keith Matocha, decommissioning project manager at ExxonMobil. “As an artificial reef, the Lena will benefit the environment by continuing to provide habitats for rare Gulf of Mexico deepwater coral and various encrusting organisms that attract fish and other marine life found on natural reefs.”

Outside of the Rigs-to-Reefs program reefing options, decommissioned oil and natural gas facilities and structures on the U.S. OCS cannot be left in place indefinitely. Through its decommissioning regulations at 30 CFR §§250.1700- 1754, BSEE oversees the removal, abandonment, and site-clearance requirements and lease agreements with which oil and gas companies must comply.

Photo of the Lena being dropped into place courtesy of BSEE.