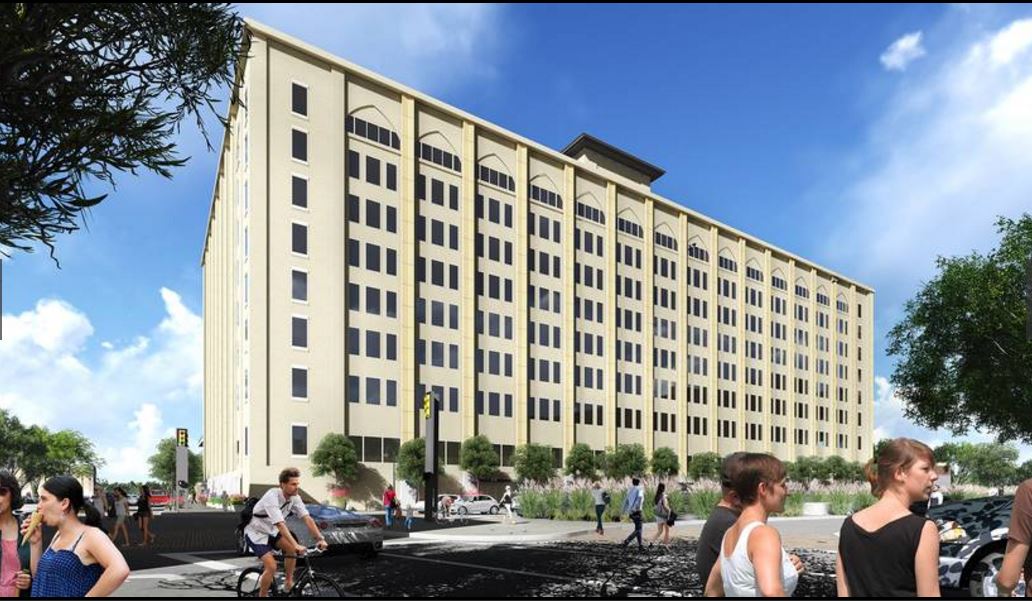 After six years and $90 million, the massive former warehouse adjacent to City Hall known as the Butler Brothers Building is finally open for business in downtown Dallas, Texas.

Or rather, it’s open for living, working and playing, in the words of Nile Tuzun, the creative director for development company Alterra International.

The redevelopment of this 1910 building is the latest chapter in a renaissance of downtown Dallas, a story propelled by hundreds of millions of dollars in city incentives in an attempt to bring the central city back to life.

Few projects have been as important to that effort as the revival of the Butler Brothers Building.

The hulking 510,000-square-foot structure sat like a dead zone between Dallas City Hall and the Farmers Market District.

Until it was restored or removed, the eastern end of downtown would suffer from its presence.

But it could soon become one the most significant buildings in an area sometimes called downtown’s government district.

Its developers hope to attract hundreds of new residents, a population surge that few redevelopment projects can offer.

The Butler Brothers Building comes seven years after the completion of the Mercantile Place residential and commercial project, in which developer Forest City used $68 million in public funds to create 200 apartments in the historic 1948 building.