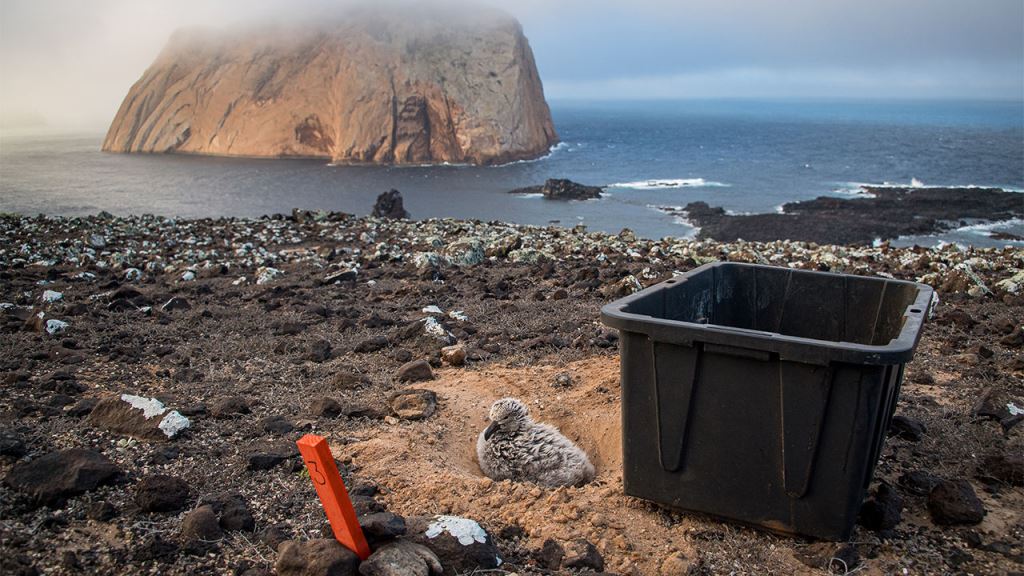 On the morning of June 16, 2021, Snowflake spread its wings and let the strong, cold wind of Guadalupe Island help it take a first flight away from its nest.

But this was not the first time the young black-footed albatross had soared above the North Pacific Ocean. Five months before, as an egg, Snowflake had been flown more than 6000 kilometers on a commercial airline—in economy plus seating: from Midway Atoll northwest of Hawaii to the remote Guadalupe Island in Mexico.

Snowflake’s own flight, just 3 days before World Albatross Day, marked a milestone in a binational project of the United States and Mexico, aimed at keeping the birds safe from the rising sea levels that threaten their survival.

On Midway, they “were destined to drown,” says Julio Hernández Montoya, a conservation biologist with the nonprofit Island Ecology and Conservation Group (GECI, for Grupo de Ecología y Conservación de Islas), who helped lead the effort. 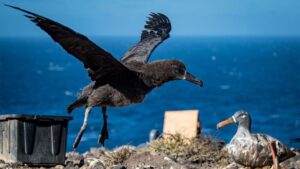 Snowflake, one of the black-footed albatross fledglings born in Guadalupe Island, takes wing for the first time.

Now, with nesting sites on higher ground, the albatross will be more resilient to environmental threats.

This project’s international cooperation sets a precedent, says Brad Keitt, a seabird biologist with the American Bird Conservancy who is not involved in the project. “That was a big, bold step made by governments and regulatory agencies.”

VanderWerf says the teams are talking about moving other seabirds, perhaps the black-vented shearwater and Leach’s storm petrel, to Guadalupe or other Mexican islands that had been “a seabird paradise” until invasive predators arrived. With those predators gone, the islands “have a lot of potential.”