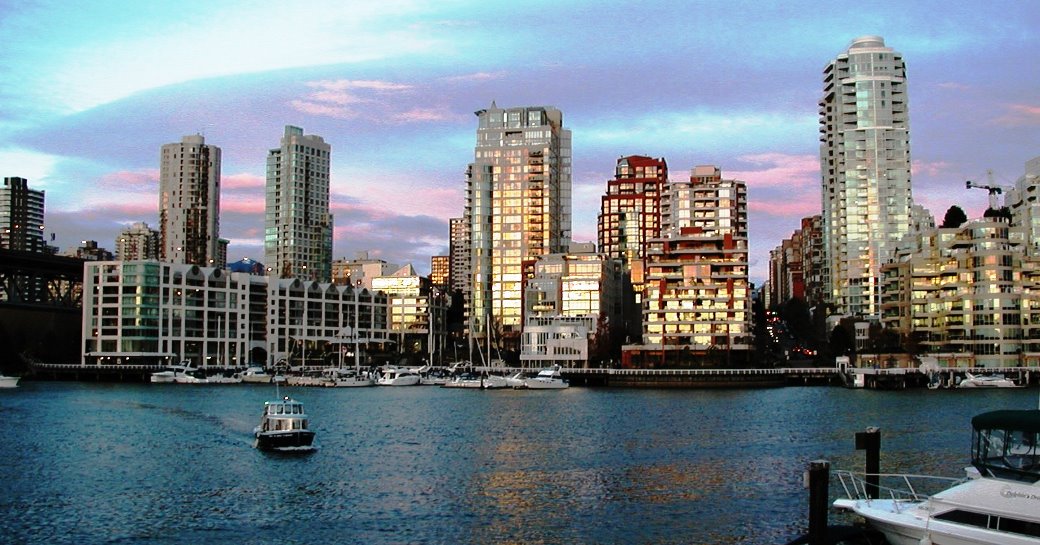 In late 2021, the city of Vancouver, British Columbia, Canada launched the Sea2City Design Challenge, a design competition that explores ideas for building resilience by adapting to sea level rise and coastal flooding in the False Creek area of the city, where much of the most valuable real estate is located.

False Creek is a bustling, urban, mixed-use waterfront area that is one of Vancouver’s major destinations for residents and visitors alike.

Historically one of Vancouver’s major industrial centers, the last few decades have seen False Creek transition into a social and recreational heart of Vancouver, featuring a variety of: 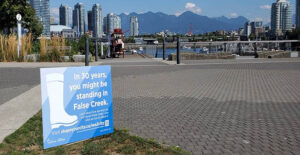 Granville Island’s 300+ businesses, including a public market and lively arts, culture, and culinary scene make it one of Vancouver’s most popular destinations. It’s also the site of a community center, commercial and office spaces, float homes, and a marina.

A first-of-its-kind in Canada, the Sea2City Design Challenge (Sea2City) brings together two multidisciplinary teams over a 12-month period to:

“Sea level rise is an unprecedented challenge for a coastal city like Vancouver,” said Mayor Kennedy Stewart. “It requires bold and creative thinking and the City is looking forward to welcoming new perspectives and ideas to address climate change and sea level rise in False Creek.”

Guided by community values and design principles identified through earlier engagement with residents, business owners, and others who work and play in and around False Creek, the Sea2City design teams will work cooperatively with the city and project partners to:

Sea2City will include three rounds of activities, including:

Photo of False Creek in Vancouver is by Storm Cunningham.