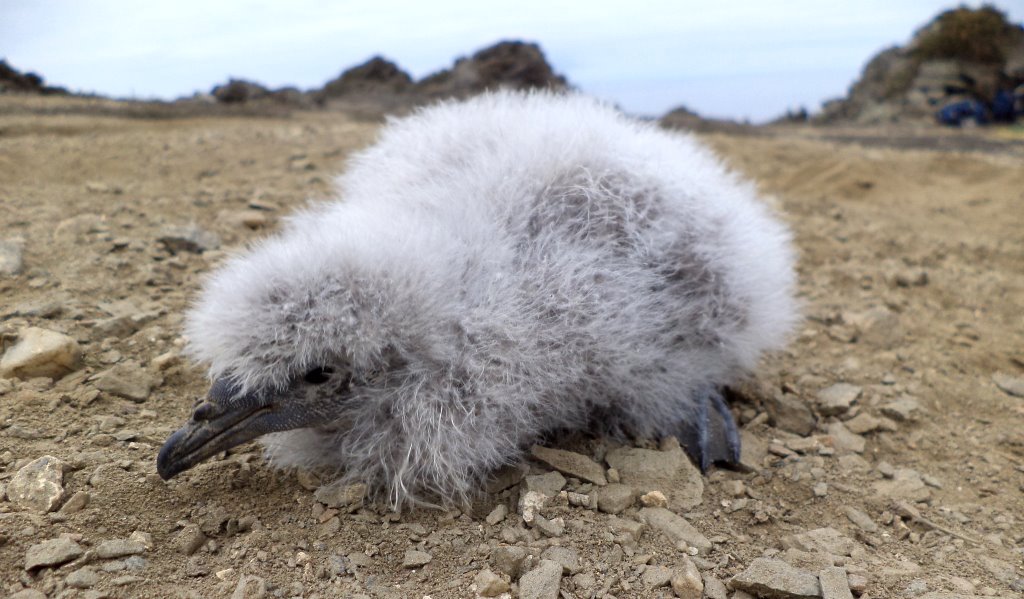 On March 23, 2021, the Peruvian Diving-petrel, also known as the Yunco—which was previously considered Endangered by the International Union for the Conservation of Nature (IUCN)—was downlisted to Near Threatened after the population resurged following restoration efforts on the Choros and Chañaral Islands in the Humboldt Penguin National Reserve in Chile.

For over a century, invasive rabbits had decimated the sensitive desert landscape of Choros and Chañaral—stripping bare the herbs and shrubs, and occupying petrel nests. Chañaral Island once supported the world’s largest Peruvian Diving-petrel population but expelled by invasive species, Choros remains as the only breeding colony within the Humboldt Penguin National Reserve. 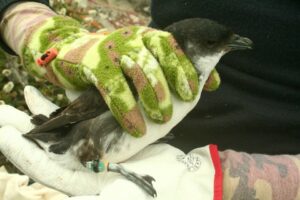 Starting in 2013, the Chilean National Forestry Corporation (CONAF), in collaboration with Island Conservation, removed invasive vertebrate pests from Choros and Chañaral to protect the Diving-petrel and other threatened species.

Success on Choros was almost immediately evident as fields of seedlings and native plants sprouted from the hillsides, and Peruvian Diving-petrels began seeking out burrows that rabbits had taken over. Five years later, biologists returned and documented the breeding area had doubled in size with more than three times as many sub-colonies compared to when invasive rabbits were present.

The IUCN’s 2020 evaluation of the Peruvian Diving-petrel noted this rapid population recovery as part of the justification for downlisting the species from Endangered to Near Threatened.

Coral Wolf, Conservation Program Manager at Island Conservation, who led the 5-year monitoring trip, noted “Restoration of Choros was expected to increase the Peruvian Diving-petrel population, but the extent to which they would recover was unknowable. We are thrilled to see that by eliminating resource competition with invasive rabbits, the population has expanded, supporting the overall resilience of this species to the impacts of climate change scenarios and other threats.” 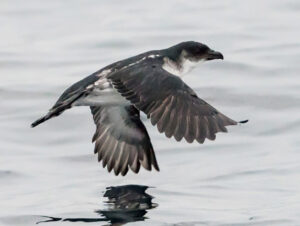 The partners are now focused on re-establishing Diving-petrel breeding colonies on Chañaral by implementing a social attraction project to bring the species back to the island. Using looped recordings of petrel calls from Choros, loudspeakers, and artificial burrows, the team hopes to attract breeding-age birds seeking out nesting habitat. The project has already shown tremendous potential, with up to three petrels observed in a photo and exploring the burrows.

The IUCN still considers invasive species, habitat destruction, and climate change ongoing threats to the species status, but recognizes the successful restoration of Choros and Chañaral and the social attraction program as contributing factors in the progressive recovery of the population.

Maria Jose Vilches, Island Restoration Specialist at Island Conservation, said “The continued recovery and resilience of the global Peruvian Diving-petrel population will hinge on our sustained commitment to the protection of existing populations, expansion of available habitat through invasive species removal, and the re-establishment of colonies on islands they no longer utilize.”

This project was made possible by funding from American Bird Conservancy, The David and Lucile Packard Foundation, and the Mohamed bin Zayed Species Conservation Fund (MBZ Fund).

Island Conservation is the only global, not-for-profit conservation organization whose mission is to prevent extinctions by removing invasive species from islands. They work where the concentration of both biodiversity and species extinction is the greatest: islands. Removing a primary threat—introduced invasive vertebrates—is one of the most critical interventions for saving threatened plants and animals and restoring island ecosystems. Once invasive species are removed, native island species and ecosystems can recover, often with little additional intervention. To date, they have successfully restored 64 islands worldwide, benefiting 1195 populations of 487 species and subspecies.