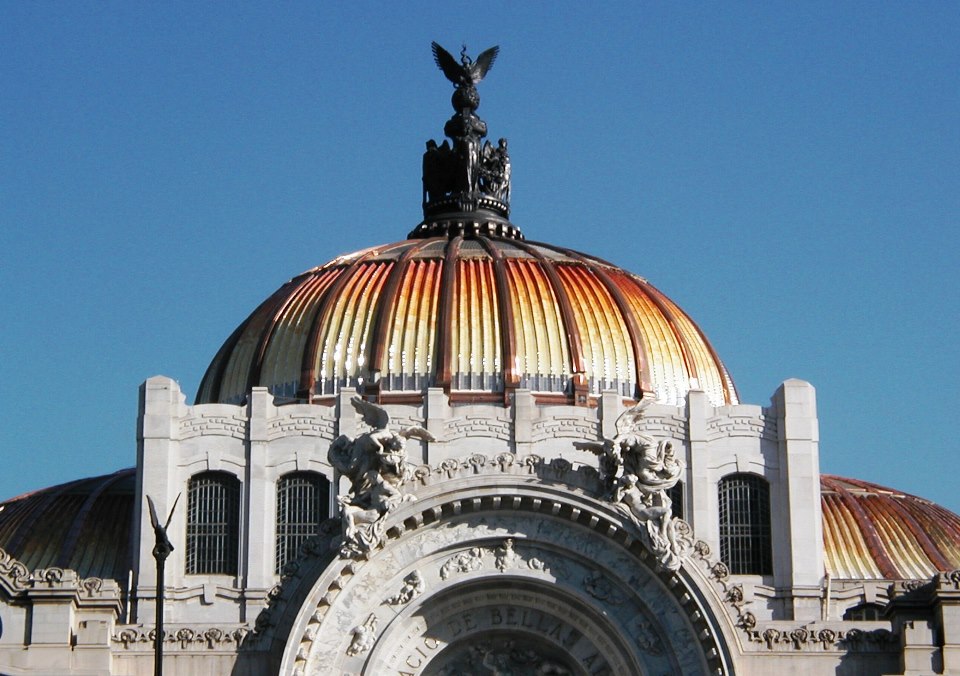 World Monuments Fund (WMF) is a private nonprofit organization founded in 1965 by individuals concerned about the accelerating destruction of important artistic treasures throughout the world.

The World Monuments Watch, a global program launched in 1995 on the occasion of the 30th anniversary of World Monuments Fund, aims to identify imperiled cultural heritage sites and direct financial and technical support for their preservation.

After a devastating earthquake struck Mexico City in 1985, World Monuments Fund partnered with local institutions to carry out the restoration of three important modern mural cycles by Diego Rivera and José Clemente Orozco that had been seriously damaged.

Since that first project, WMF has been involved with over fifty sites spanning seventeen Mexican states, and ranging from Mayan ruins to mission churches, Baroque cities to modern sculptures. 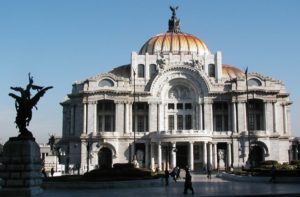 It has hosted some of the most notable events in music, dance, theatre, opera and literature and has held important exhibitions of painting, sculpture and photography. Consequently, the Palacio de Bellas Artes has been called the “Cathedral of Art in Mexico”. The building is located on the western side of the historic center of Mexico City next to the Alameda Central park.

The first National Theater of Mexico was built in the late 19th century, but it was soon decided to tear this down in favor of a more opulent building in time for Centennial of the Mexican War of Independence in 1910. The initial design and construction was undertaken by Italian architect Adamo Boari in 1904, but complications arising from the soft subsoil and the political problem both before and during the Mexican Revolution, hindered then stopped construction completely by 1913.

Construction began again in 1932 under Mexican architect Federico Mariscal and was completed in 1934. The exterior of the building is primarily Neoclassical and Art Nouveau and the interior is primarily Art Deco. The building is best known for its murals by Diego Rivera, Siqueiros and others, as well as the many exhibitions and theatrical performances its hosts, including the Ballet Folklorico de Mexico.

The website linked to below features summaries of over thirty years of WMF’s strong and continuing commitment to restoring and preserving Mexican heritage.