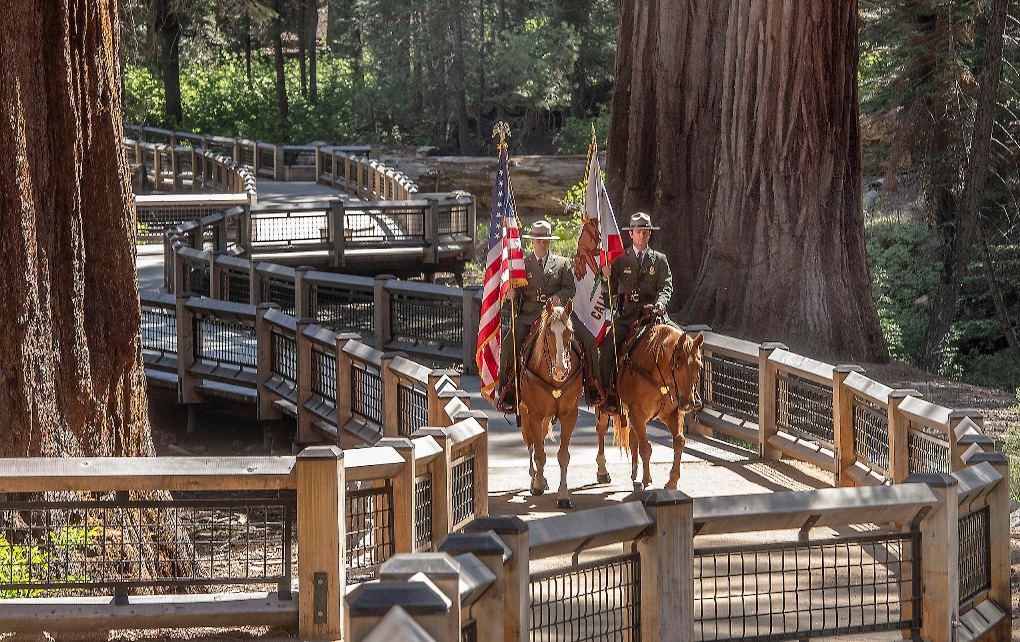 “As the largest protection, restoration and improvement project in park history, this milestone reflects the unbridled passion so many people have to care for Yosemite so that future generations can experience majestic places like Mariposa Grove,” said Yosemite National Park Superintendent Michael Reynolds. “These trees sowed the seeds of the national park idea in the 1800s and because of this incredible project it will remain one of the world’s most significant natural and cultural resources.” 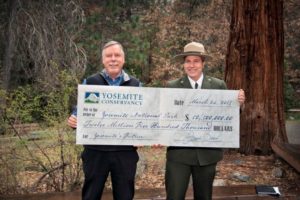 Mariposa Grove is home to about 500 mature giant sequoias, which are among the largest living things on Earth. The grove and Yosemite Valley were protected in 1864 as part of the Yosemite Grant Act, the nation’s first legislation focused on preserving public lands.

The National Park Service and Yosemite Conservancy donors each provided $20 million to fund the $40 million project. The grove has been closed to the public since July 2015 when restoration activities began.

At a new arrival area, where shuttle busses will drop-off visitors, officials marked the grove reopening with a ribbon cutting and a tribal blessing. Speakers highlighted the grove’s historical significance, the importance of preserving our natural places, and the effectiveness of the National Park Service and Yosemite Conservancy partnership to accomplish exceptional work in the park.

“The grove restoration occurred because tens of thousands of people all invested in protecting a unique natural phenomenon,” said Yosemite Conservancy President Frank Dean. “Trails are supposed to take visitors someplace magical. Today, a walk in the grove has been transformed into a more beautiful and peaceful experience with the focus squarely on the trees.”

Instead of parking amid the grove, a visitor will now start at the new Welcome Plaza near the park’s South Entrance, where a cross section of a fallen sequoia that lived for more than 800 years reminds visitors of the ancient place they are about to explore. From the plaza, visitors will take a free two-mile shuttle bus ride to the Grove Arrival Area where habitat grows in what was once parking areas for vehicles, tour busses, trams and employees.

The grove’s trails are now made of natural surfaces instead of pavement, and wooden boardwalks hover over sensitive wetland to protect habitat and sequoia roots. Rattlesnake Creek is flowing again after culverts blocking waterflows were replaced by one of the elevated boardwalks. Another new trail invites people of all abilities to experience the famous Grizzly Giant and California Tunnel Tree.

“There is wetland or vegetation that was once pavement, but it’s impossible to know by looking now what was there before,” said Dean. “It is a remarkable transformation.” 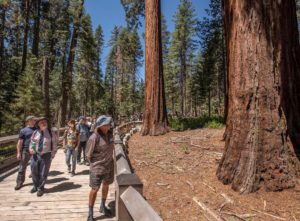 A Yosemite Conservancy-funded assessment of Mariposa Grove became the foundation for the restoration plan. That survey, the first ever conducted in the grove, identified an estimated population of 5,803 trees of all sizes, including seedlings, saplings, juveniles and adults.

Park biologists learned that 81 percent of the juvenile sequoias and 68 percent of saplings grow within 100 feet of wetlands, an important factor in the redesign of paths and installation of boardwalk to ensure the health of the grove.

Giant Sequoias can grow to be 300 feet high, 35 feet in diameter and 100 feet in circumference. One of the grove’s largest trees, the Grizzly Giant, is 209 feet tall and an estimated 1,800 years old. The grove is also home to more than 70 wildlife species, including rare wildlife such as pallid bats, Pacific fishers, and spotted owls.

Here’s what the restoration project accomplished:

Yosemite Conservancy inspires people to support projects and programs that preserve Yosemite National Park and enrich the visitor experience. Thanks to generous donors, the Conservancy has provided $119 million in grants to the park to restore trails and habitat, protect wildlife, provide educational programs, and more. The Conservancy’s guided adventures, volunteer opportunities, wilderness services and bookstores help visitors of all ages to connect with Yosemite.